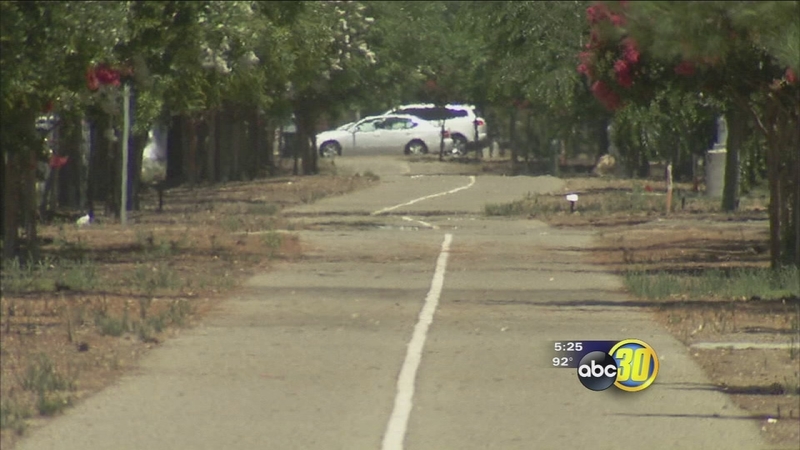 FRESNO, Calif. (KFSN) -- After nearly two years of planning, a trail that would create a pathway for bicyclists and pedestrians from central Fresno to Clovis took a major step forward Monday.

Leaders from both cities unveiled plans for the Midtown Trail.

The seven-mile project would connect bicyclist and pedestrians from a new trail beginning at the proposed Manchester Transit Center at Blackstone and Shields Avenues in central Fresno to Clovis on the existing Old Town Trail near Dakota and Clovis Avenues.

The $9.5 million project was approved by the Fresno City Council and the Fresno County Transportation Authority.

Fresno city leaders say the new Midtown Trail will give bicyclist and pedestrians a unique opportunity.

"As beautiful as the Sugar Pine or the Old Town Trail would be with its pavement and trees, a new thing here would be being close to the water being close to an irrigation canal," Fresno Director of Public Works Scott Mozier said.

Abraham Garrido uses the Clovis Old Town Trail on a daily basis and he's excited that the trail will give him a new and longer route to run each day.

"It would be really nice you know just to have a longer trail," he said. "Especially benefiting those who run a lot and you know just for the other side of town that really doesn't have these kinds of trails out there."

Some bicyclists believe the new trail will encourage more people to bike ride through the Fresno/Clovis area.

"Especially newer cyclist like to have isolated you know separated bike lanes so you know that they feel more safer," Dan Caton of Clovis said.

Groundbreaking on the Midtown Trail will begin in the fall of 2017. It will be built through five different phases, with construction on the last phase set to wrap up in the spring of 2019.