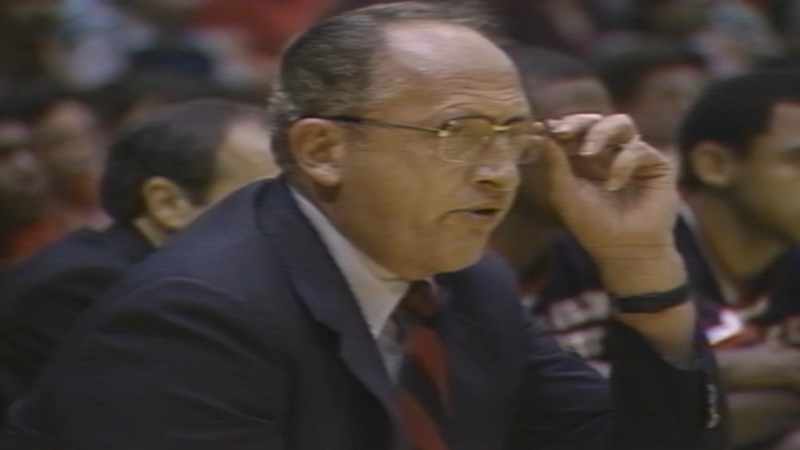 FRESNO, Calif. (KFSN) -- Prior to Boyd Grant turning Selland Arena into the formidable "Grant's Tomb," the Idaho native was already a winner, leading the College of Southern Idaho to a Junior College National Championship.

The year after, in 1977, he was offered the job at Fresno State.

The Bulldogs were coming off a seven-win season, the fewest wins in program history.

Working alongside assistant coaches Ron Adams and Jim Thrash, the trio set about changing the culture. First, they needed players.

"In 1978 as a young freshman, just thinking, you know, the game, but coach Grant kind of got his hands on you and helped mold you to his way of thinking," says Rod Higgins. "If you don't play defense, you don't play."

Rod Higgins, Ron and Bobby Anderson, Tyrone Bradley and Art Williams all came to Fresno by way of Chicago.

"He was a no-nonsense guy and he believed in practice and practice makes perfect, and we did it until we got it right," says Art Williams.

All of them had to learn Grant's defense-first approach with early morning practices.

"We felt we needed that extra time at 6:30 in the morning before class started, but the other thing we knew is if they were up at practice and taking a shower, they were going to be at that 8 am class," Thrash said.

"Now while we're in the gym shooting free throws or talking about plays or whatever, two of the other coaches are back in the dorm having bed check," says Tyrone Bradley.

"All of a sudden, it was like we were at West Point," says Bobby Anderson. "They would come in and check our rooms and make sure we had our beds made."

The Dogs went from seven wins prior to his arrival to 21 the following year. In 1981, the team beat San Jose State in the PCAA Tournament final.

They punched their ticket to the NCAA Tournament for the first time in program history.

The following year, they were back in the "Big Dance" and after a win over West Virginia, squared off in the Sweet 16 against Patrick Ewing and Georgetown.

The Dogs came up short, but returned to a warm welcome in the Central Valley.

"Everybody played their hearts out, so we don't have anything to hold our head down for," says Bernard Thompson. "You know it was just a game where nothing would fall for us in the second half."

Back in the PCAA final at the Forum in 1983, the Dogs were tied in overtime with Jerry Tarkanian's Running Rebels. They were basket away from a third straight trip to the Tournament.

"But that team was playing so well at that time and was so hot, I think dad really thought they could've made some noise in the tournament that year," Kevin Grant said.

After the devastating loss, Grant got his team to focus on the National Invitation Tournament. The Dogs went on a magical run, beating UTEP, Michigan State, Oregon State and then Wake Forest.

The Dogs had a date with destiny and DePaul at Madison Square Garden. State went on to win 69-60, setting off a celebration inside the world's most famous arena.

It's a celebration in Fresno that's still talked about to this day.

Grant and the Dogs would be back in that NCAA Tournament the following year. In 1986, Grant announced he would be leaving State in part because of his health.

"I always felt that he had a real fear of failing," Thrash said.

In his nine seasons he racked up 194 wins, the most by any coach in program history. He also invigorated a community that was hungry for a winner.

The "Red Wave" as it's now known came into national prominence, showing how loud and proud fans are in the Central Valley.

If one man can credited with lighting a fire under those supporters, that man is Boyd Grant.