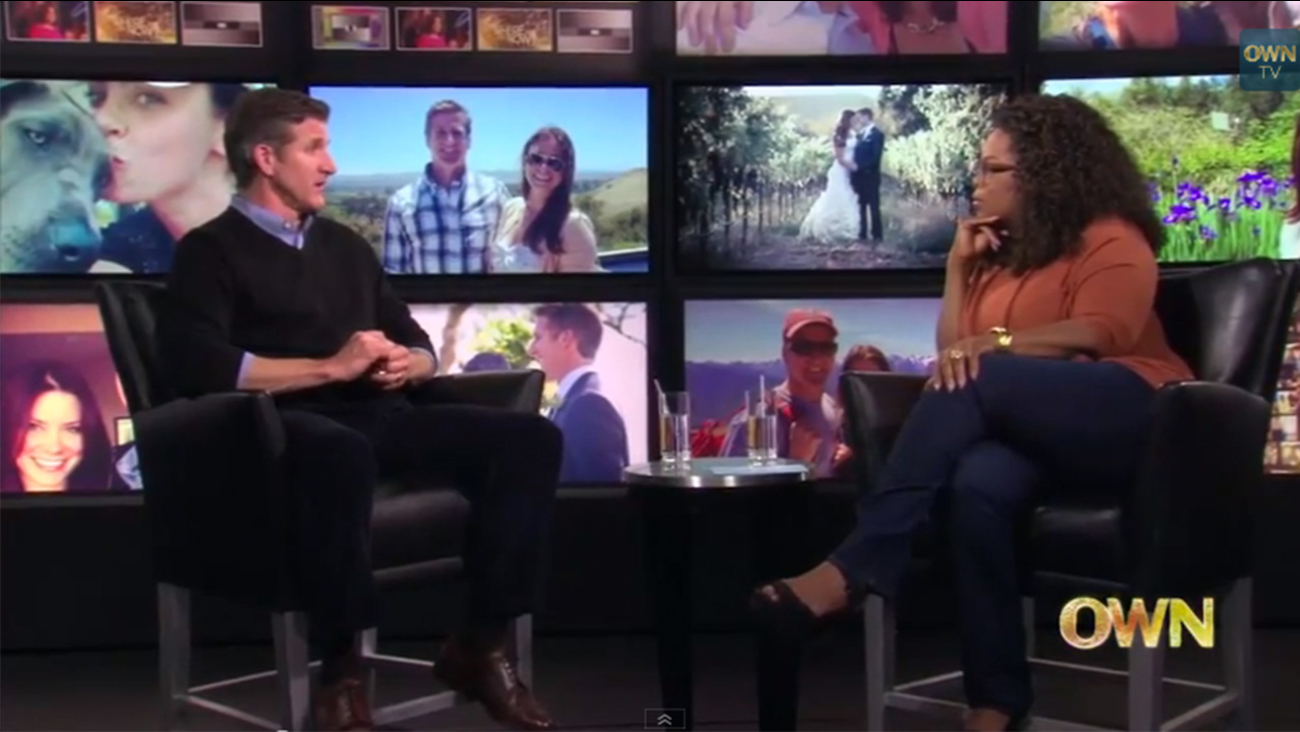 Dan Diaz, the widower of right-to-life activist Brittany Maynard, spoke candidly with Oprah Winfrey about his and his wife's experiences. (OWN TV / YouTube)

In an interview airing Sunday on Oprah: Where Are They Now, Brittany Maynard's widower Dan Diaz tells the world that he is keeping his promise to his wife to help pass right-to-die legislation, and that it has helped him cope with his loss.

"I'm not one that does well just sitting around," Diaz said after the talk-show host asked him if he'd given himself time to grieve.

"The one thing that does keep me going is working toward fulfilling the promise I made to her," he said in the interview, taped on Feb. 5.

"Brittany wanted to see legislation (passed) in all states, really, but in California in particular so that people wouldn't have to go through what we did," Diaz says in the interview.

Brittany Maynard chose to end her life on November 1 of last year after being diagnosed with terminal brain cancer. She was 29. In the last few weeks of her life, she reignited national debate on assisted suicide when she publicly declared her intentions to end her own life while advocating for death with dignity legislation across the U.S.

Months before announcing her intention to die, Maynard and her family moved to Oregon, from California, to gain access to the state's death with dignity laws.