Beer crafted in Mariposa and Oakhurst is now being poured at Yosemite National Park.
KFSN
By Amanda Venegas 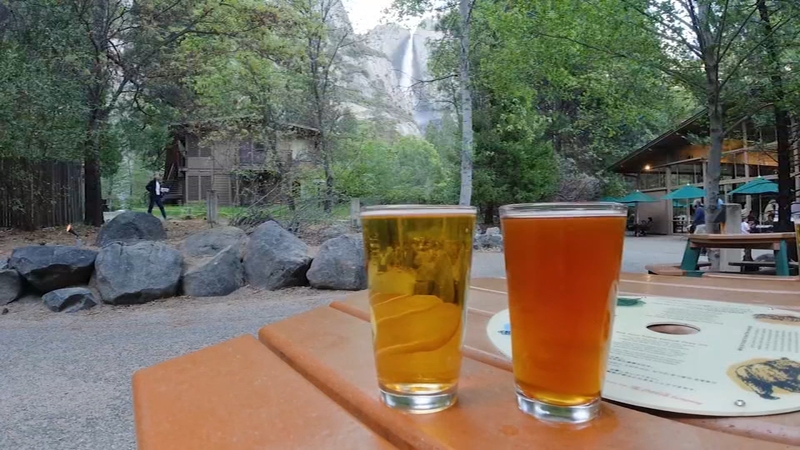 "We're super excited about that, and it's been a long-time dream for my husband. He actually worked in the Mountain Room restaurant when he was 19 years old before he went to the Navy. So he dreamed of looking across the pathway there to the bar and putting his beer over there someday," said Hanna Wackerman with 1850 Brewing Company.

Hanna Wackerman and her husband Jake own 1850 brewing company and restaurant in Mariposa.

Their new Mist Trail Hazy IPA will be poured in the Curry Bar.

In the Mountain Room in Yosemite Valley, their white wolf beer will be served.

"We have our White Wolf Berry Wheat, so it was named after White Wolf, which was Jake's grandmother's favorite place in the world. So she was actually the head of housekeeping at the Awhanee for many years," Wackerman said.

South Gate Brewing Company in Oakhurst is a popular spot for craft beer enthusiasts, and now the Glacier Point pale ale is available at Mountain Room.

"Yosemite is the reason why we are here or one of the many reasons. It's a dream come true to have such a special beer in such a special place," said Casey Hawkins with South Gate Brewing Company.
The owners say they're thankful for the partnership.

After a tough last year, they see an uptick in business.

South Gate is looking to hire.

"It's really exciting to see all of our visitors starting to come back, even international. So we have seen a lot of business," said Lindsay Hawkins.

Park officials say they're happy to support local businesses and look forward to sharing the beer with visitors from around the world.

A refreshing brew in a breathtaking place.