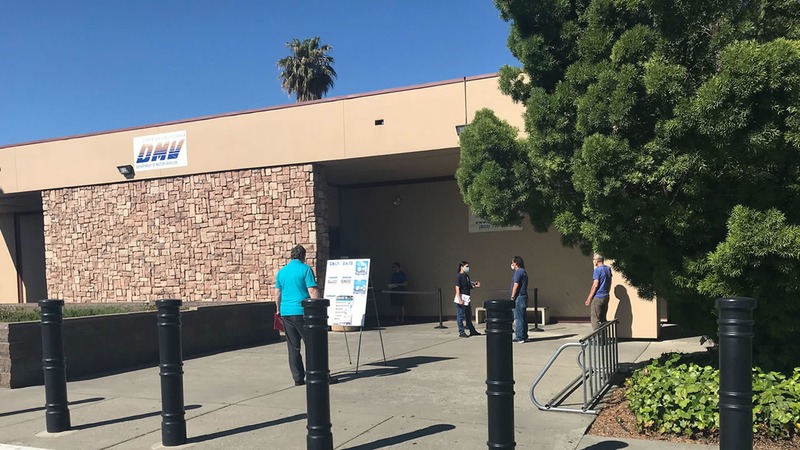 OAKLAND, California -- Vanity plates in California may soon start to look a bit more creative. A U.S. District Court ruling has struck down a California DMV standard that allowed the department to reject applications with words or symbols that some might find offensive.

U.S. District Judge Jon Tigar ruled in a case filed in March against Department of Motor Vehicles Director Steve Gordon on behalf of five Californians who were denied permission to put their messages on personalized license plates.

They included Amrit Kohli, a gay man in Oakland who owns Queer Folks Records and wanted to use the word "QUEER" but was refused because the DMV said that might be considered insulting; a fan of the rock band Slayer who was notified that "SLAAYRR" would be considered "threatening, aggressive or hostile"; and an Army veteran who wanted to note his nickname and love of wolves with "OGWOOLF" but was refused because the DMV said the OG might be construed as a reference to "original gangster."

"As someone who identifies as queer, it's something I hold dear to my heart and really believe in," said Kohli.

SEE ALSO: Of course these custom license plates were rejected by Texas DMV

"The department has four full-time reviewers. Their only job is to review these license plates to see if they're offensive," said attorney Wen Fa with Pacific Legal Services, the firm that represented Kohli and four other plaintiffs. "They consult sources like Urban Dictionary, Google Translate and Reddit, and I think we've shown in this case that they reach inconsistent, subjective and arbitrary results."

The judge said the personalized messages were types of personal expression, not "government speech," and therefore regulations governing them "must be both viewpoint-neutral and reasonable."

He noted a 2017 U.S. Supreme Court case allowing an Asian American rock band to call itself The Slants in saying that public speech can't be barred because it may offend some people.

However, Tigar said the DMV probably could be permitted to deny plates that are, for instance, obscene, profane or contain hate speech because they fall outside of First Amendment protections.

"This is a great day for our clients and the 250,000 Californians that seek to express their messages on personalized license plates each year," attorney Wen Fa of the Pacific Legal Foundation, which filed the lawsuit, said in a statement. "Vague bans on offensive speech allow bureaucrats to inject their subjective preferences and undermine the rule of law."

Now that the court has ruled in his favor, Kohli plans to reapply to the DMV for that personalized plate that is so personal to him.

"I really hope that I get that soon. I'd like to put it on my car," said Kohli.