Officials ask people to be careful around construction zones and areas that may flood or have loose soil. 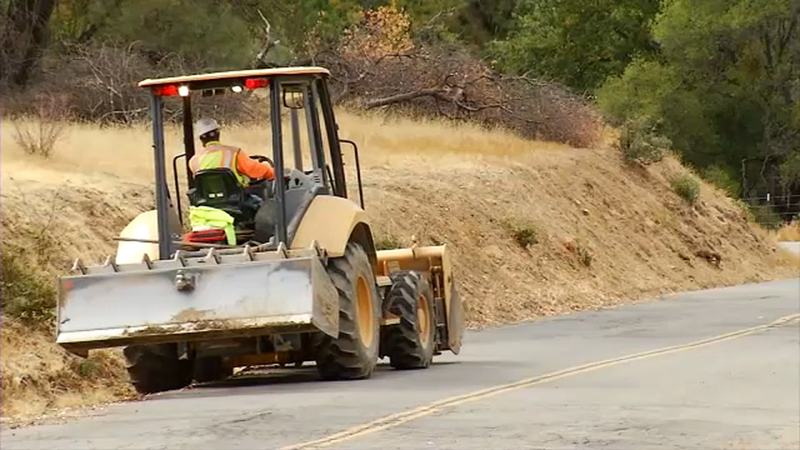 MARIPOSA, Calif. -- Some parts of the Central Valley are already getting hit with some wet weather.

Crews in Mariposa County are preparing for any potential problems while still cleaning up after a powerful wind storm early last week.

"This is not our first rodeo. We've been through this so many times with storms, and fires, and floods, and wind storms. We usually prepare for these kinds of things every time this year," said deputy public works director Larry Harris.

On Thursday, Mariposa County will mobilize its snow removal team.

Officials ask people to be careful around construction zones and areas that may flood or have loose soil.

Meanwhile, city crews in Merced are also clearing debris from last week's storm and gearing up for what's ahead.

The chainsaws and heavy equipment were out in several neighborhoods Wednesday, clearing downed trees from the harsh winds on October 11.

At that time, the Public Works Department received more than 180 calls for fallen trees.

Now crews are preparing for the next big weather-maker.

"We have crews. We have prepared materials. We're checking equipment, we're monitoring the weather, so we're doing everything we can to be prepared for the upcoming storm," said public works manager Juan Olmos.