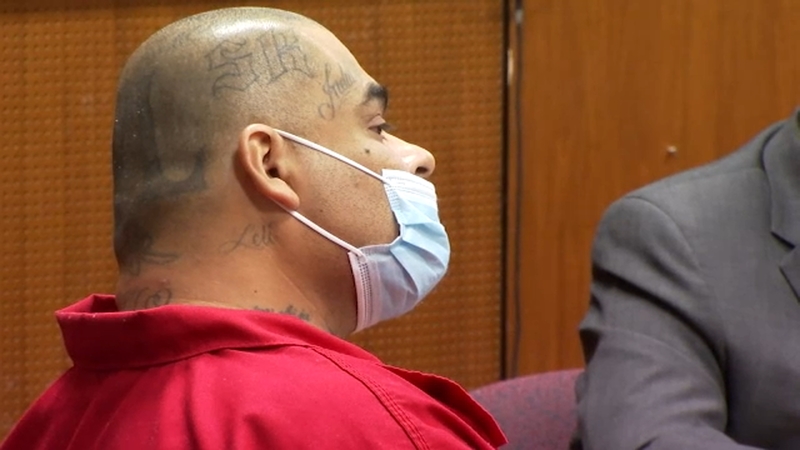 FRESNO, Calif. (KFSN) -- A convicted killer serving life without parole is one step closer to a trial on a new case where he's accused of ordering a murder from prison.

Detectives uncovered the alleged crime when the local Multi-Agency Gang Enforcement Consortium -- known informally as the MAGEC gang unit -- set up wiretaps to investigate a murder in Calwa.

They found a suspect in that murder, uncovered evidence from another murder in which they have not charged anyone, and the recordings pointed to suspects in several other crimes.

Jesse Aguilar is a killer. A jury found him guilty of a 2014 murder and he's serving life in prison without the possibility of parole.

They say he frequently contacted Juan Venegas, who relayed Aguilar's orders down the line.

Earlier this year, detectives say Venegas had a new message from Aguilar, but Aguilar didn't want to discuss it over the phone with a teenage gang member.

Investigators say Aguilar ordered retribution against a gang member who killed one of their own without his permission.

Venegas and the teenager talked about taking guns to a meeting at Calwa Park in early October to carry out Aguilar's wishes.

Sheriff's deputies sent marked police cars to the park that morning to scare the gang members out of committing any violence.

Venegas showed up to the park and got pulled over when he drove away.

His defense attorney questioned whether the evidence proves any crime.

"Any indication there were any dead bodies or there had been anybody murdered at Calwa Park before he left there?" asked Linden Lindahl.

"Not to my knowledge," Phillips said.

Aguilar and Venegas are charged with conspiracy to commit murder and a judge decided Tuesday afternoon there's enough evidence for a trial.