Report reveals which vehicles are targeted for catalytic converters thefts 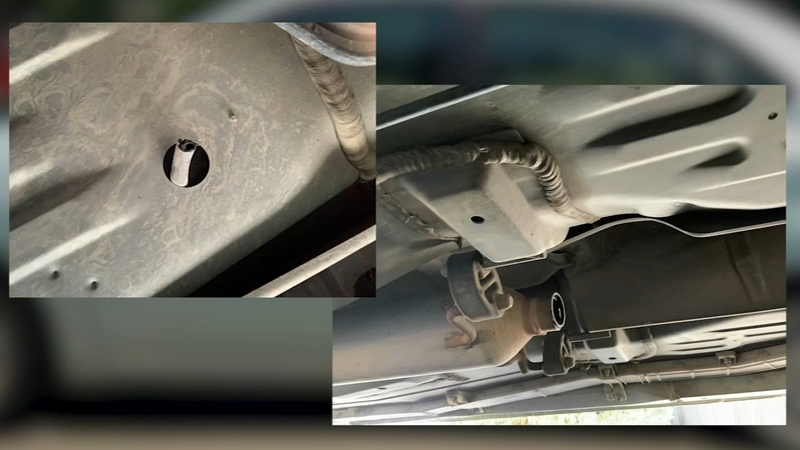 FRESNO, Calif. (KFSN) -- Car crooks are getting faster at stealing catalytic converters, leading to a spike in cases that could set a new record in Fresno this year.

"If you hear that really loud sound like something is torn underneath your car, 100% your catalytic converter is gone," said Danian's Auto Repair owner Rudy De Guzman.

Catalytic converters can be stolen in a matter of seconds thanks to cordless tools that have made the crime easier to commit. The parts run for over $2,000, plus the cost of labor to replace.

Rudy says thieves don't discriminate. He had his very own catalytic converter stolen right in front of his auto repair shop.

"I just yell at them, honk my truck," he said. "They really didn't care they were just doing their business and took off."

In the last six months, Rudy says he's seen more stolen catalytic converters than ever before, particularly Hondas. It's one of the makers that a CARFAX report lists as being targeted by thieves.

The list includes bigger cars that are easier to steal from and best-selling cars. Ford pickup trucks, Jeep Patriot, Chevy Silverado and Equinox, Honda Accords, Toyota Camry and Prius are other makes and models on the list.