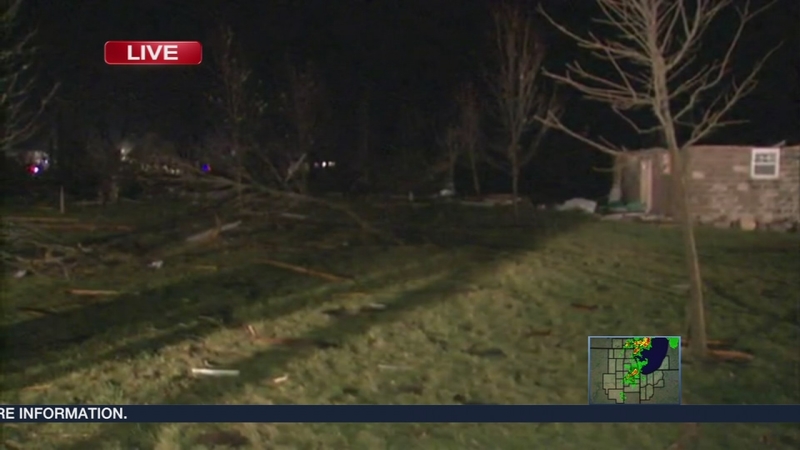 CHICAGO -- One person was killed and seven people were injured in Fairdale, Ill., as tornadoes and severe thunderstorms ripped through the far northwest suburbs of Chicago, according to the Illinois Office of Emergency Management.

The Rockford Fire Dept. reported widespread damage in the small farming community located roughly 20 miles southeast of Rockford. Rescue crews went house-to-house with heavy equipment and searchlights looking for anyone who may be injured.

Officials have not yet identified the person who was killed.


Tornado damage has been reported by police in Rochelle, Ill., and state emergency officials say a team has been sent to look at the area.

A Rochelle restaurant named Grubsteakers was severely damaged by the storm. Raymond Kramer, 81, said he pulled over at Grubsteakers at his wife's insistence, just minutes before the storm struck.

"I stood at the door taking pictures of the tornado coming at me, and finally the owner of the restaurant said, 'Everybody in the basement right now!'," Kramer said. "And no sooner did we get down there when it hit the building and laid a whole metal wall on top of the doors where we went into the storm cellar."

Kramer was trapped along with 11 others - including the restaurant owners and staff - in the storm cellar for about 90 minutes.

"When the tornado hit, we all got a dust bath. Everyone in there got shattered with dust and debris falling out of the rafters," Kramer said.

Emergency crews had to remove debris to free them from the cellar. No one was injured, Kramer said.


Eric Widick, of Rochelle, lives near Grubsteakers. He headed over to the restaurant as soon as the storm passed.

The State of Illinois Emergency Management Agency said it has activated its state incident response team in various areas that have reported damage, including Rochelle.

Funnel clouds were also spotted by viewers in Ashton, Kirkland, and Kingston.

In the northwest suburbs, at least two homes were struck by lightning during severe storms overnight Wednesday.

Clean up crews have their hands full in the Jacksons' Algonquin home after a lightning bolt hit their house early Thursday morning.

Brion Jackson and his wife were inside the home when the strike happened.

"I kept hearing a crackling sound in the walls and thought maybe it's just one of those squirrels or raccoons, but it turned out the crackling was actually the fire started by the lightning up in the ceiling above where I was sleeping," Jackson said.

Smoke filled the top level of the home.

"My wife called out, 'Brion the house is on fire!'" Jackson said. "Well, that will wake you up real quick, I run out, look out the window and, oh my goodness, it was smoke all around."

The Jacksons said they rushed to get out. Their family and their three cats are OK, but the damage to their home will take time to clean up.

In Mount Prospect, another homeowner rushed outside to safety after lightning struck their townhome.

Smoke was coming from the second floor of the unit, located in a complex on Lincoln Street. The homeowner suffered minor smoke inhalation and will be OK.

"They heard a loud boom, a loud clap of thunder and lightning in the area, and after that is when they thought they smelled something burning," said Chief John Malcolm, Mount Prospect Fire Department.

In the midst of all of this rain and severe weather, the Metropolitan Water Reclamation District is reminding residents to limit water usage to prevent any flooding issues.

HAIL 101
With storms rolling through and hail expected, we thought this might be a good time to explain hail measurement. When your local meteorologist calls it "golf-ball" sized hail, or "pea" sized hail, that's not just an estimate, it's actual, approved measurement by the NOAA. Check out the charts: 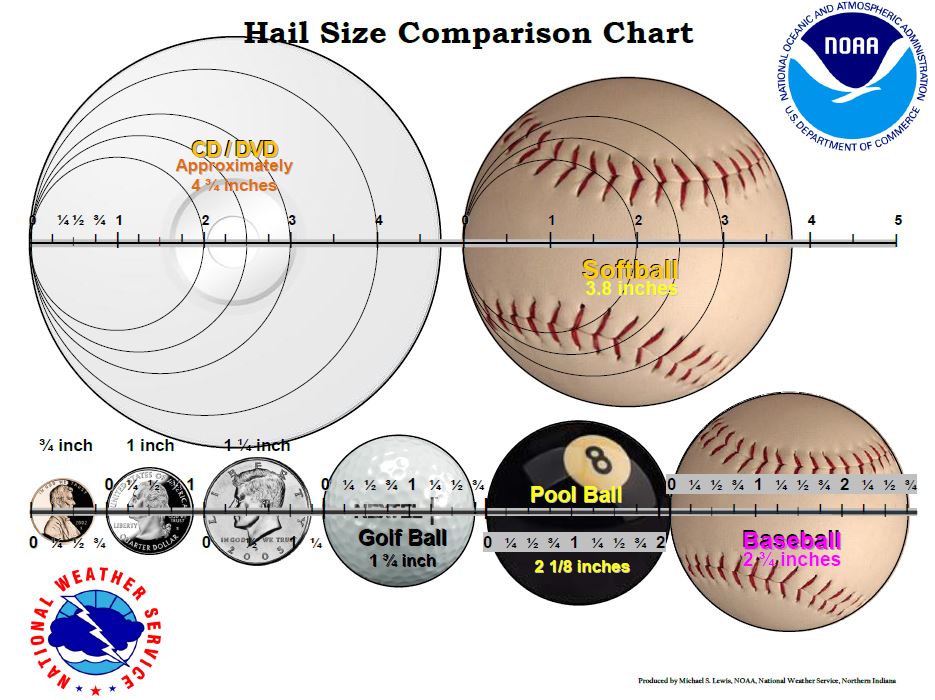 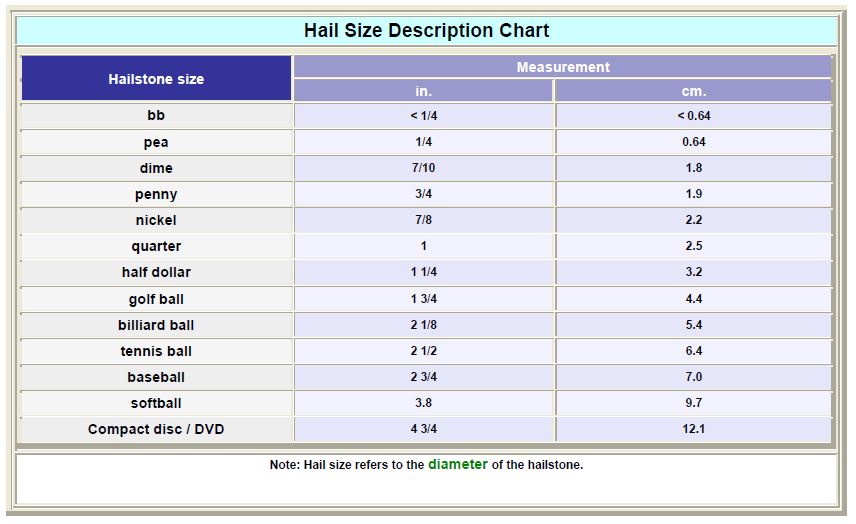