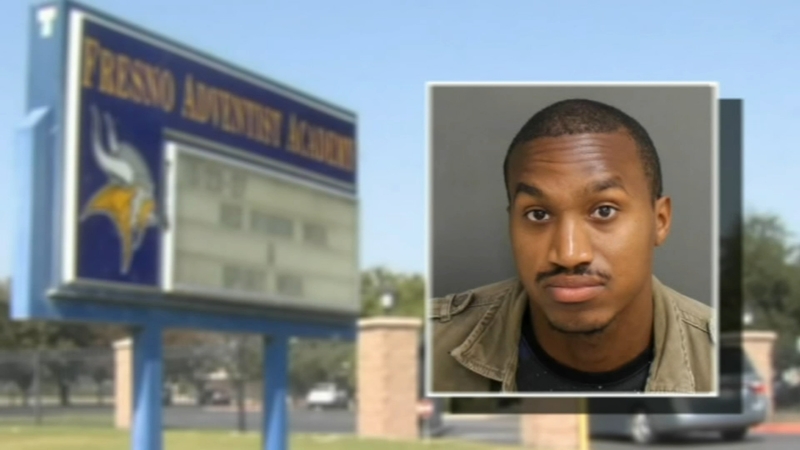 FRESNO, Calif. (KFSN) -- A former teacher at a Fresno religious school is headed for prison because he abused his students.

Chris Bispham stole the innocence of at least four boys he taught at the Fresno Adventist Academy.

He moved from Tennessee to Fresno for the job and made a quick impression as a trustworthy and helpful educator, even a friend to students and their families.

But they came to realize the truth in July 2017.

"We were all manipulated, groomed, and taken advantage of - all for the purpose of selfish and sick sexual behavior," said the mother of one of the victims.

Action News is not identifying the victims or their parents because of the nature of the crimes, but we heard from one of his four known victims and five parents Monday.

"He used his authority to cause the worst kind of pain a person could ever endure," said the mother of two victims.

Bispham was convicted of oral copulation of a minor, sexual penetration of a minor by a foreign object, and three counts of continuous sexual abuse of children.

The victims were as young as fourth graders.

Their parents say Bispham not only abused his position, he abused the child abuse training that came with it.

"His training to recognize signs of abuse allowed him more tools as he hid behind a mask," said a third mother of a victim.

They say he was clever, strategic, manipulative, and practiced in his sexual deviance and knew how to not give off red flags.

Now 33, Bispham never looked at the survivors of his child sex crimes as they described an avalanche of emotional damage.

At least one of the victims became suicidal.

The judge banned us from recording video of his face because Bispham's defense attorney said his safety was at risk.

But the survivors have noticed an apparent lack of remorse through five years of court hearings.

"In all the times I have come to court, there has never been any indication of sorrow or regret, but rather confidence, smirks, and ease," said one of the mothers.

Bispham will serve a sentence of 29 years and four months in prison.