The owner of Club One Casino is looking to expand operations and potentially take the card room to a different part of the city.
KFSN
By Jason Oliveira 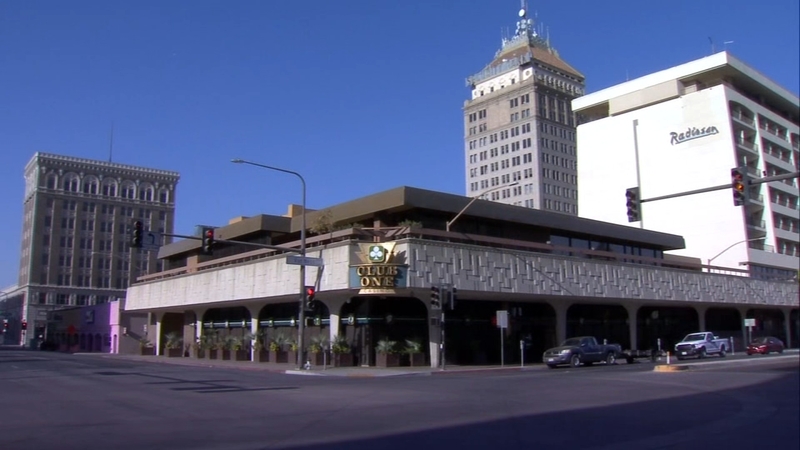 FRESNO, Calif. (KFSN) -- A Downtown Fresno staple could be on the move.

The owner of Club One Casino is looking to expand operations and potentially take the card room to a different part of the city.

While the popular card room remains shut down due to the global pandemic, Fresno city leaders are revealing preliminary discussions have taken place about potentially relocating.

"They've given notice of their intent to relocate and therefore the city may have to begin the official procedures to allow for that relocation to occur," City Council President Miguel Arias.

The City of Fresno rakes in about a million dollars a year in tax revenue from Club One, but it would still need the city's approval before it could relocate its gaming operation.

According to City Council President Miguel Arias, the casino's owner has looked into the potential of leaving downtown for the former Club Imperio building at Granite Park in East Central Fresno.

"If that's the location they choose it's actually pretty unique and it's the right type of location for them because it's mostly adult entertainment in that shopping center," says Arias.

This is not the first time ownership has considered relocating.

Two years ago Club One was set to move into the old Gottschalk's building on Fulton Street before talks broke down.

Arias says this move could actually make better financial sense for both the casino and city.

"It could be a potential win-win for them as an operator to expand and add more card tables, generate more revenue for the city. It's also a win for downtown because it opens up a space that could be used for adult entertainment, restaurant, and dining that's been very popular in Downtown Fresno," he says.

Arias also points out the downtown area would not take much of an economic hit if Club One chose to relocate.

"The card room is a city within itself. People drive specifically for the card room and they leave right after they're done playing the card room so there isn't a huge economic impact for that neighborhood," he says.