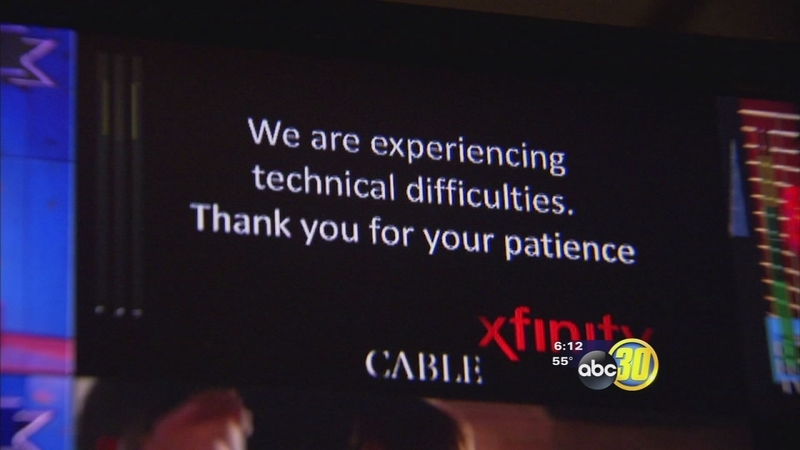 FRESNO, Calif. (KFSN) -- A small fire caused major problems for Comcast in the Valley. Thousands of customers were knocked offline and the problem took hours to fix.

Comcast employees had their hands full on Wednesday, especially at the service centers where customers lined up with complaints. One customer said, "I can't get any outside information at all, I can't get news, I have no phone."

Angela Trevino showed up for the same reason. Although, she thought it was a problem with her payments at first, "they said it would be back on by 8:30 in the morning but we're already like 2 in the afternoon," Trevino said.

TV was affected first, followed by internet and phone services. All 3 were out for hours and customers were affected from Los Banos to Fresno, all the way down to Lemoore. It was a major outage caused by a small fire at a technical facility in Fresno which is the heart of Comcast's operations in the valley. Control panels were damaged and electricians had to be called in to repair them. "The good news is, repairs have been made," said Bryan Byrd who is Comcast's communications director in Sacramento, "several customers are back online and most customers should return to full service."

Comcast says all services were restored slowly in waves. Customer satisfaction, however, could take a little longer. Henry Aguirre, a customer in Fresno said, "The frustration is, they're charging me like 60, $70 for things I can't even see on TV."