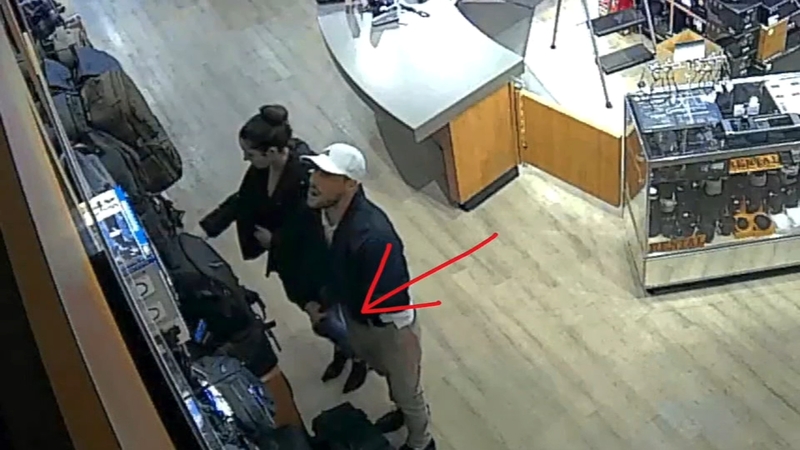 The owners of Horn Photo said the couple has ripped off their products three times in three separate thefts over several months.

In the video, staff members were less than 12 feet away when they went for the Panasonic G85, which retails for about $700.

The pair then continued to act like they're shopping for camera bags.

Horn Photo owner Stan Grosz says after more than 82 years of serving this community, he wants to see the best in people, but this couple is making him think twice about that.

Adding insult to injury, Grosz says he believes it's the same couple he and his co-owner caught stealing in July, that time using their child as a decoy.

"They're professionals, they know what they're doing and they took advantage of us," says Grosz.

Grosz believes this is the third time the couple has targeted their shop after also being hit in February.

'We'll get through it, we got a lot worse things in the world. We love our customers and we love Fresno," Grosz says.