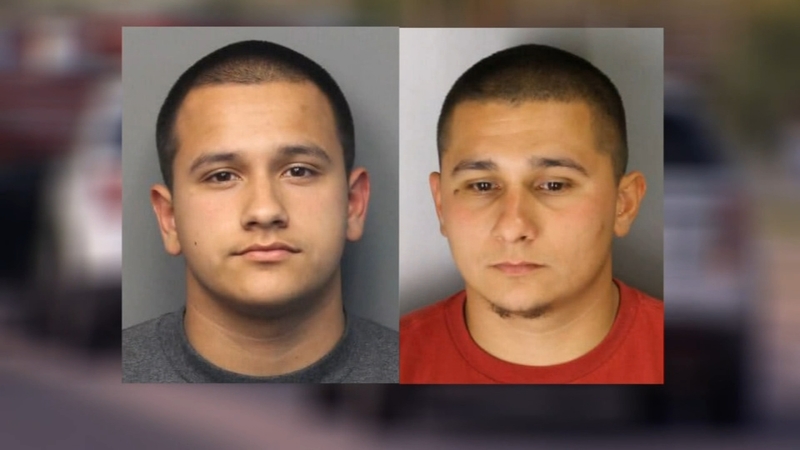 FRESNO, Calif. (KFSN) -- The day after a 22-year-old man was shot and killed in East Porterville, court documents reveal Tulare County Sheriff's detectives received records for one of the suspect's phones.

They showed that Jeremy Bailey was in the area of the crime scene 12 minutes before the shooting was reported.

The same day, a warrant was authorized, allowing detectives to track Bailey's phone.

It was moving east, and detectives suspected Bailey and his older brother Christopher Corbit were on their way to Nebraska, where their other brother lived.

And a couple of days later, they interviewed the brothers' sister-in-law, who said she picked them up from the cemetery and drove them to a motel in a nearby city and helped them buy another car on Facebook.

Highway Patrol officers in Nebraska got a license plate number for that car and using license plate readers, learned it was headed west, towards Utah.

Utah Highway Patrol officers tried to pull the car over once it crossed state lines, but the brothers led officers on a pursuit that eventually ended in a crash.

According to the court documents, Bailey refused to talk to Tulare County detectives in Utah.

But his brother, Corbit, admitted that he fired shots at the victim from his Black Acura and that Bailey, his passenger, also fired a rifle at the man.

Bailey and Corbit, according to documents, are known as Norteno gang members, and the victim was a Norteno dropout.

Investigators believe that was the motive for the murder.

Corbit and Bailey are expected to be brought back to Tulare County from Utah on Tuesday or Wednesday.