A local man's good time with friends at a northwest Fresno restaurant ended in a violent brawl.
KFSN 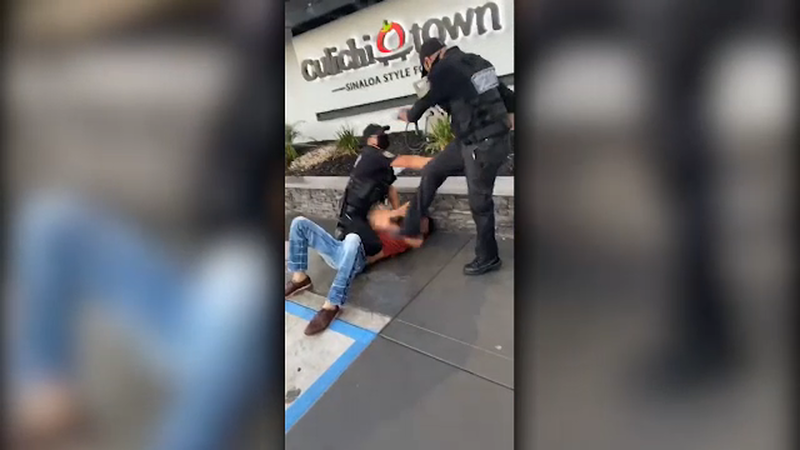 Man says he was kicked by security guard outside northwest Fresno restaurant: VIDEO

FRESNO, Calif. (KFSN) -- A local man's good time with friends at a northwest Fresno restaurant ended in a violent brawl.

Jesus Bautista said he was leaving Culichi Town on West Shaw Avenue when two security guards, who thought he was trying to leave without paying his bill, wrestled him to the ground.

Bautista said he tried to explain he didn't order anything. He said then one of the security guards kicked him. Video of the altercation was captured by other customers.

"And his partner, he just kept ignoring me. He didn't even care," Bautista said. "He looked mad. He just kept hitting me and kicking me. They didn't listen to me or nothing."

Bautista's friend eventually emerged from the restaurant with a receipt, and the security guards let him go.

The restaurant's management claims a security guard had been assaulted inside the business and believed the group Bautista was with was not going to pay their tab.