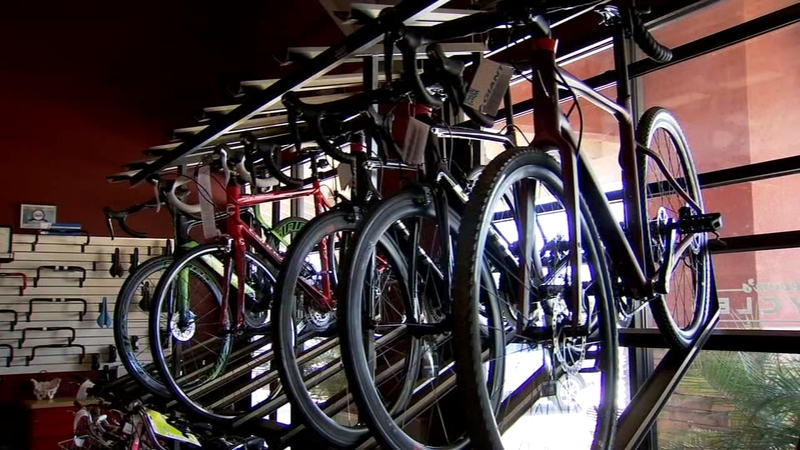 FRESNO, Calif. (KFSN) -- Cyclists love to pick up the pace on the trails and streets. Many people around the Valley commute on bikes instead of cars.

"There's a sense of freedom and there's the wind across your face," says Paul Gong.

But many more riders have re-discovered the joy of riding a bike.

Places like Steven's Bicycles in Clovis have enjoyed a surprising surge in demand.

They've had trouble keeping bikes on the rack. Instead of the usual 200 bikes for sale, only 10 are available right now.

"People are coming in and they've bought all our inventory a few times, right," says Store Manager Devin Bovee. "Now we're at a position where it's going to be a little harder to get inventory."

Bikes are also tough to find at retailers like Target and Walmart.

Most of the bikes inside Steven's Bicycles were brought in by customers to be repaired because everything was sold out.

"We're seeing a lot of bikes coming out of sheds and garages," Bovee said. "Storage units and stuff of that sort, so it's great to see people back on their bikes who typically wouldn't ride a bike."

Bovee says he's never seen a sales spike like the one the industry is enjoying now.

The organization Eco-Counter reported the number of weekend cyclists on the West Coast was up 32% in just the past two weeks.

Cycling offers socially distant exercise as well as the chance to enjoy some family time.

"The more bicycles that there are visible, the more awareness there is to motorists," Gong said.