Texas teen and friend charged with brutal killing of his mom 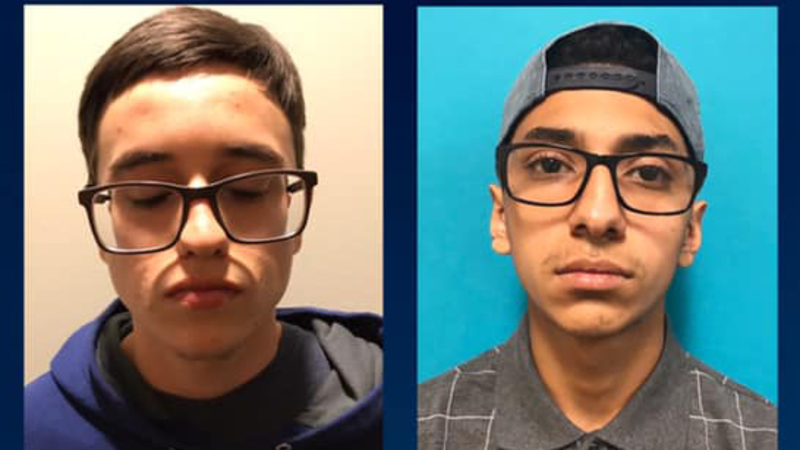 SAN ANTONIO, Texas -- Two teenagers have been charged with killing the mother of one of the boys in San Antonio.

Daniel Saucedo, 18, and Matthew Dempsey, 18, are charged with capital murder in the death of Matthew's mother, 53-year-old Mary Helen Dempsey.

According to court documents, Matthew told investigators that he and Daniel went to his mother's house to rob her. Matthew said they got into the home using his key and began gathering items that they intended to steal.

Police said that Matthew told investigators he was in his bedroom and Daniel was in the kitchen when Mary returned to the home. He confessed to attacking his mother from behind as she turned on the kitchen light and beating her with a baseball bat, records stated.

Police said that Daniel grabbed another bat and also began beating Mary in the living room, where her body was later discovered by her daughter.

According to court documents, one of the two teens then grabbed a knife and cut her throat. Daniel then bound her, grabbed a blanket and placed it over her body as Matthew rummaged through his mother's wallet.

Police say the pair loaded all of the stolen items into Mary's Honda Accord, which authorities reported as stolen, and then drove off. Matthew and Daniel later went to an ATM to withdraw money from the credit cards that they had stolen from Mary's wallet.

San Antonio police said they received a call Monday night for shots fired. They didn't go into detail about the actions taken by the officer who responded to the call. Witnesses also told investigators that they saw two men leaving the home Tuesday morning and Monday night.

Authorities said they began to suspect that Matthew was involved in his mother's death and went to his home. While there, a detective looked in a trash can and saw clothes that appeared to be stained with blood droplets.