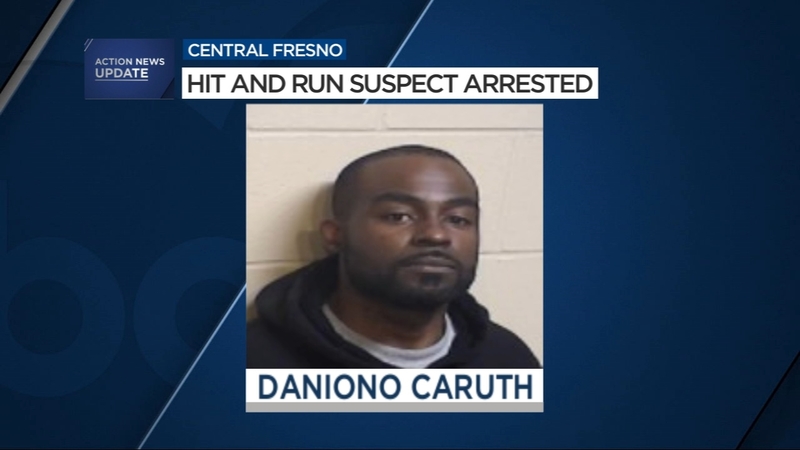 FRESNO, Calif. (KFSN) -- Police have arrested the driver accused of a hit-and-run crash that killed a woman in Central Fresno.

34-year-old Daniono Caruth is booked in jail on felony hit and run and manslaughter charges.

Police were initially called to Ashlan and Maroa early Monday morning for reports of a missing 28-year old woman.

They soon found the victim, Taylor Logan, dead in the roadway along with evidence of a crash.

Officers used surveillance video in the area to track Caruth's vehicle before arresting him nearby.