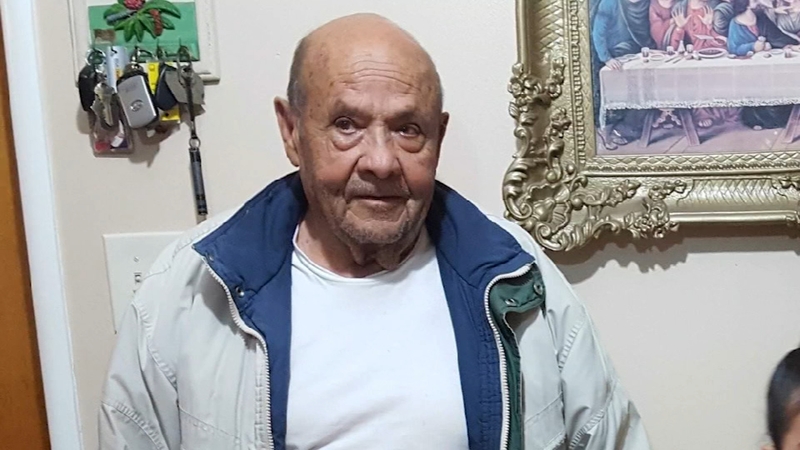 FRESNO, Calif. (KFSN) -- Jennifer Lumeli says her 90-year-old grandfather, Leonardo Molina, was going to the 7-11 the day he was hit and killed by a vehicle.

It was his daily routine.

At the store, he would buy an apple juice and a scratcher or a lotto ticket. His lucky numbers were his kids' birthdays.

"His dream was to win and be able to help out family," says Veronica Diaz, another granddaughter.

Molina was on his way back and needed to cross Marks near Sussex Way. He was only a few blocks away from home.

As he crossed the street in his motorized wheelchair, a car hit him.

According to police, the driver didn't see Molina.

"We still can't believe that he left this way," Diaz said. "He is 90 years old. That is not the way he was supposed to go."

Lumeli and Diaz say Molina was healthy for his age and had a great memory.

He had an extensive family and loved spending time with his great-grandchildren. They would take pictures together and play dominoes.

"In fact, your daughter recently learned and has been practicing so that next time, she could beat grandpa," Diaz said to Lumeli.

Diaz says the tragedy is shedding a light on a much bigger issue.