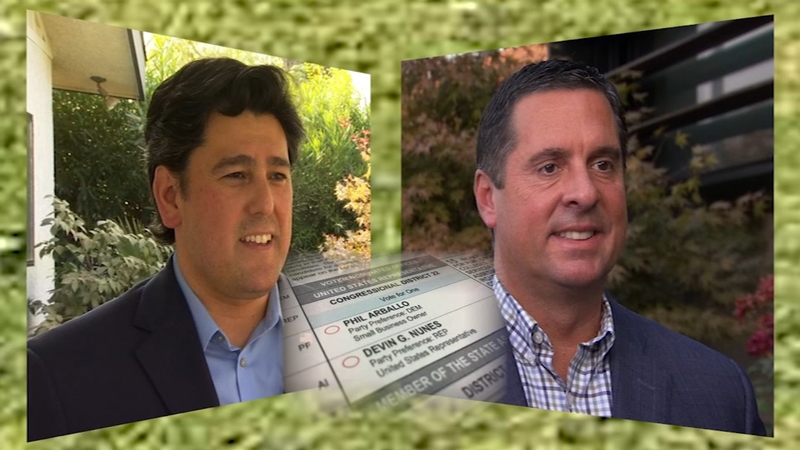 Nunes weathered an early storm, which saw Arballo jump to an initial lead on election night.

But the incumbent eventually pulled ahead. He led the Democratic challenger by over 16,000 votes, garnering 53% of the vote.

Arballo was joined by his family outside his headquarters in northwest Fresno on Wednesday afternoon. He said, "This is an experience that my family and I will never forget nor regret. I am proud of this campaign. I am proud of every single person that was involved."

Arballo didn't have the name recognition though Nunes recognized a challenge early on.

But by night's end, Nunes was able to position himself for victory.

Nunes used a large chunk of his $23 million campaign war chest to flood the airwaves with ads and mailboxes with pamphlets and books.

Kepler added, "Well you could see that Devin Nunes knew that there was something going on in his district because, frankly, I've never seen him (campaign) so hard."

The 22nd Congressional District covers portions of both Fresno and Tulare Counties.

Nunes enjoyed about an 8,000-vote edge in each county.