As the agency changes and adapts, they hope you'll skip the line when you can.
KFSN
By Brandon Johansen 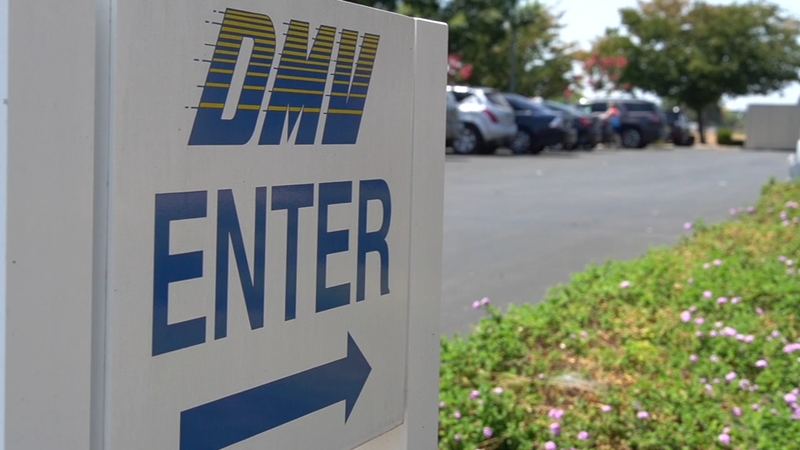 97% of the DMV's services can now be done online

CLOVIS, Calif. (KFSN) -- It's no secret that the DMV has a reputation for being a bit behind the times, but new initiatives and an effort to keep people socially distant is bringing the agency into the 21st century.

DMV Director Steve Gordon stopped in Clovis on Thursday to tout the agency's newest initiatives - and they've changed quite a bit in the year Gordon has been in charge.

"We have to actually catch up with the market, we've got a lot of work to do but the reason that I was hired to my senior staff has put in place, is to modernize the DMV," said Gordon.

Gordon hopes the days of waiting hours in line are gone - instead, why not do what you need to do from home? This time last year, about 40% of DMV transactions could be done through the mail or internet - but now, it's up to 97%.

"And especially in COVID-19 days, we want people to be safe, want them to be at a social distance. And the best way to do that is across the internet," he said.

That means you can renew your license from home, you can use the DMV Now Kiosks to print your license plate stickers - basically, they're working to keep you out of the line at the DMV, except for two things.

The deadline for Real ID has been pushed back to October 1, 2021 - and although you still have to come in, if you upload some documents beforehand, you can get an appointment that speeds up the process.

And as for driving tests...
"We're trying to get that going right now to work through the backlog. Once that backlog is is under control we think that'll be in the next couple of weeks we're going to start opening for new appointments, so I suspect no later than August 15 we'll be taking new appointments and maybe in some reasons will be taken a few even sooner than that," Gordon said.