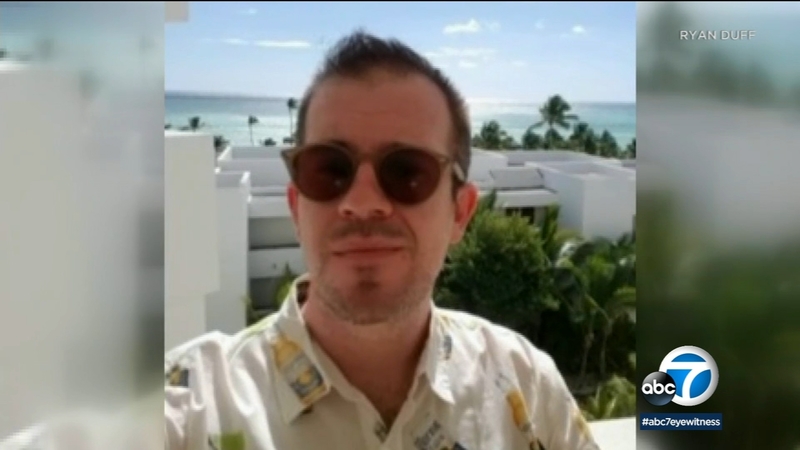 WEST HOLLYWOOD, Calif. -- It has the best medical minds worldwide baffled: the growing number of tourists in the Dominican Republic getting sick and dying. A man in Southern California shared his story about nearly suffering a disaster in paradise.

What was supposed to be a relaxing trip to the Dominican Republic for a co-worker's wedding could have turned tragic for Ryan Duff and his husband Jose Gomez.

"The night of the wedding, I stopped off at the room before the reception and had a drink from the minibar," Duff said.

He made it to the wedding but had to return to the room when he fell ill.

"Started feeling a little delirious... it almost felt unreal, like I was in a dream or something," Duff said.

"Really, you don't have those types of temperatures unless something is really wrong," Gomez said.

"In those moments I was very scared I was going to die," Duff said.

Hospital tests all came back negative and Duff was eventually discharged. He recovered fully and hadn't really thought about it until American tourists started mysteriously dying in the Dominican Republic.
At least nine have died there in the last 12 months, several after drinking from hotel minibars.

At the Hard Rock Hotel in Punta Cana where Duff and Gomez were staying, the mini bar's bottles weren't sealed. They were simply large bottles held over from guest to guest.

"Several cases at the same resort with similar symptoms that ended worse. Then I started to realize, 'Oh shoot, maybe I dodged a bullet here.' It could have been a lot worse," Duff said. "Maybe I could have died."

Duff and Gomez emphasize that they don't know whether the mini bar was the culprit. After all, Gomez drank rum from it earlier in the trip.

Officials in the Dominican Republic say there is no evidence the recent deaths are connected. Toxicology and pathology reports are still pending.