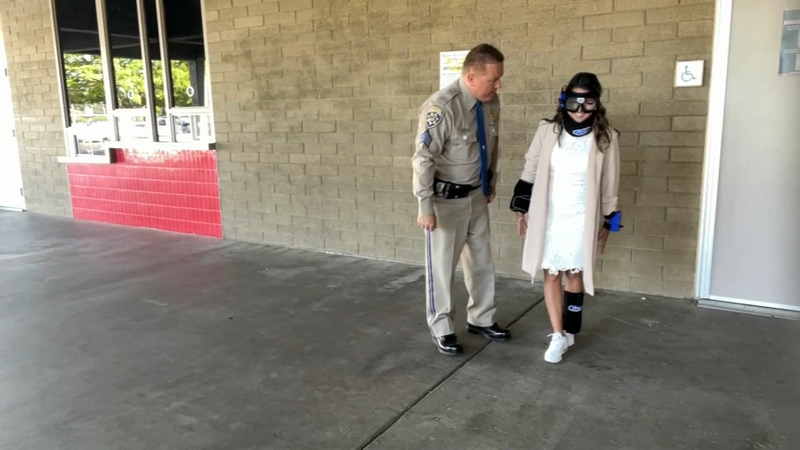 CLOVIS, Calif. (KFSN) -- High schools are getting ready for proms and graduations. With that comes the temptation to get behind the wheel while impaired.

"I remember vividly my mom following me out of the house," said Eric Swain during a special assembly Tuesday at Clovis West High School.

It's a story the high school principal has never told students or staff. However, with prom, graduation, and summer right around the corner - it's a story Swain knew he needed to tell.

"They were walking across the street after a benefit, holding hands. A drunk driver on a motorcycle hit and killed my mom," he said.

Swain was one of several speakers at the nation's first 44 Percent Program assembly.

It's the California Highway Patrol's new pilot program focused on teaching youth about the dangers of drugs and driving.

Sgt. Brian Pennings developed the program over the past two years after learning nearly 44% of traffic collisions involve drivers who test positive for drugs.

Clovis West juniors and seniors also got to watch a video of their own classmates, who volunteered to go through a driving course, wearing a bodysuit that simulates the effects of drugs.

The CHP, Principal Swain and the student volunteers hope the video and shared stories are now ingrained in students' minds.

"The hope is that the next time a decision needs to be made that they make the right decision," said Sgt. Pennings.

"Hopefully, if they make the choice or decision to partake in drugs or alcohol, that they don't get behind the wheel," said Swain.

CHP is now hoping to roll out the program in California and possibly the rest of the country.