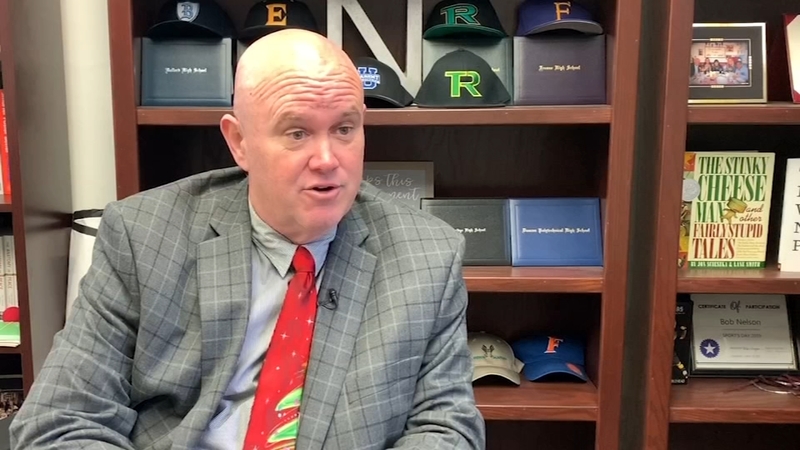 FRESNO, Calif. (KFSN) -- Superintendent Bob Nelson isn't slowing down anytime soon. His contract was just extended for another four years, and for a district of Fresno Unified's size, that's not an easy accomplishment.

Nelson has served since 2017. Over the past couple of years, he helped the district narrowly avoid a teacher strike.

"When I came into the role, we were 18 months out of a contract, and the teachers union had voted at a 99 percent to strike," he said. "We were able to avoid a strike, which is great, and then we actually landed a contract ahead of the cycle, which is the first time it's been done in Fresno Unified."

"When we have these issues between adults, it kind of distracts from the core mission of why we're here," Nelson said. "Anything I can do in this role as basically chief executive officer of the district to provide stability and to keep a sense of normalcy amidst potentially chaotic behavior is good for our kids."

In the next four years, he says he's focused on student success in English and mathematics as well as finding ways to engage kids through music, arts, and athletics.

Another item on the forefront is the $325 million bond on the March ballot.

"Many of our facilities in Fresno Unified were built in the early 1930s, 40s, 50s," Nelson explained. "So some of our infrastructures is in need of modernization."