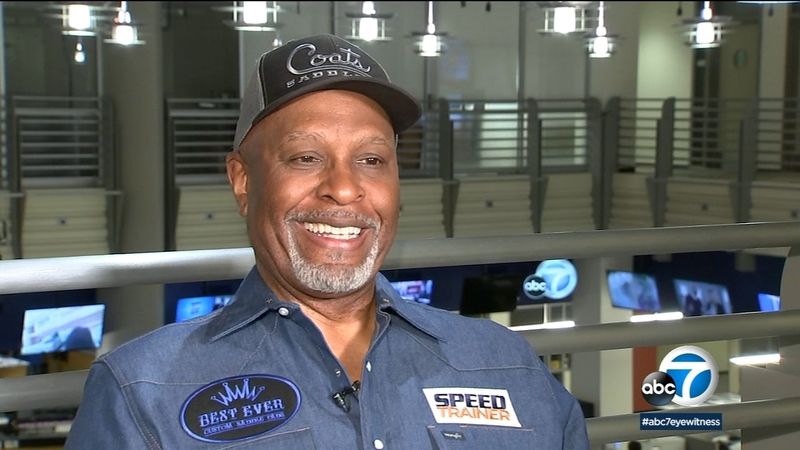 LOS ANGELES -- James Pickens, Jr. is not only one of the original stars of "Grey's Anatomy", for the past 10 years, he and his wife, Gina, have been behind a foundation aimed at helping kids who could use a little boost in life.

It seems Pickens is a cowboy at heart...and he's pretty good at roping in money for his cause.

"We attract some of the best cowboys in the industry here. We've had world champions," said Pickens. "We give away great prizes. We have some incredible sponsors."

And that's one reason "The James Pickens Jr. Annual Charity Roping" is free! Next week's event in Clovis is one way Pickens' foundation raises money for special programs, including help Camp Giddy-Up, a summer camp for at-risk youth, and the LA-based after-school program, Hands for Hope.

"We're trying to make an impact in disenfranchised and under-served kids, especially the teenagers--that kind of 10 to 18 that's kind of under-served," said Pickens. "And we wanted to make a way to show that they have some value."

This cowboy at heart has a real passion for the western lifestyle; much like he does for acting. Pickens is in his 15th season playing Dr. Richard Webber on "Grey's Anatomy."

"To be attached to something from its inception up until now has been quite an incredible journey for me," said Pickens. "There's always going to be a surprise. They will never leave your bored! That's for sure!"