KFSN
VISALIA, Calif. (KFSN) -- The past 24 hours have been a blur for Kenedi Baxter-Jones. She remembers officers searching for a gunman who went on a shooting spree Sunday afternoon, but never imagined that her uncle would became a victim to that same rampage 12 hours later.

"He loved everybody with his own being, and he always made sure everyone knew that."

Kenedi's uncle was 51-year-old Rocky Jones. The Farmersville man was standing in the parking lot of Visalia's ARCO AM/PM when police say he got into an argument with 36-year-old Gustavo Garcia. Officers say Garcia fatally shot him.

"The fact that he came back and my uncle is dead now is what angers us the most," said Kenedi.

Officers say 36-year-old Gustavo Garcia not only had a criminal record but was deported back in 2014. He's accused of killing and injuring several people between Sunday afternoon to Monday morning in Tulare County.

"I don't think there's making sense of somebody who is that evil, because if you are a good a person, you'll never find the understanding in something like that," said Kenedi.

Visalia detectives are still searching for a motive. They swarmed the home of Garcia's ex-girlfriend Monday evening. Neighbors say the suspect was staying there and appeared to be high on drugs over the weekend.

"He came over one time and didn't have a shirt on, it's kind of cold this time of winter for that kind of activity," said Matt Markel who lives next door.

Kenedi says her uncle was a family man and the oldest of five brothers. As she and her family grieve, they are also wondering if a faster police response could have saved her uncle's life.

"The day before he robs a store, he shoots a guy in Exeter," said Kenedi. "It shouldn't have taken my uncle to be murdered at 2:30a.m. for them to do anything."

If you would like to donate to the family click here.
Report a correction or typo
Related topics:
tulare countyvisaliatulareexeterportervillestrathmorepolice chasemurderfatal shootingofficer involved shootinghomicide
Copyright © 2021 KFSN-TV. All Rights Reserved.
FATAL SHOOTING 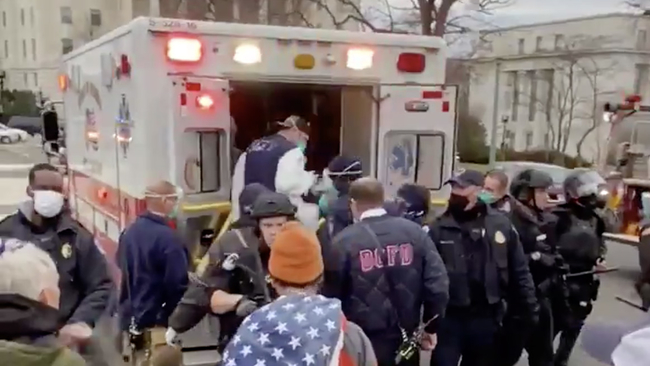 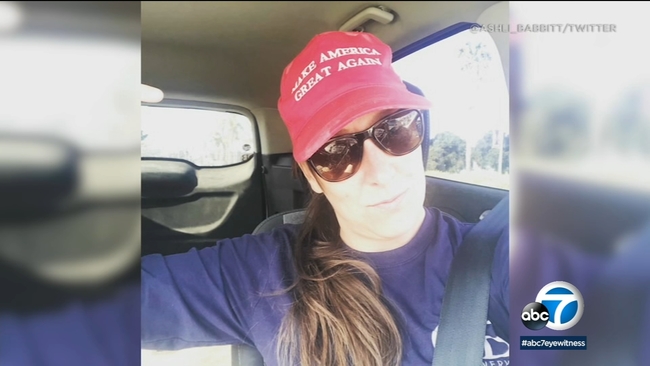 Woman fatally shot in US Capitol was from San Diego