Visalia woman looking for 4 cats after fire at apartment complex

Several people were forced out of their homes after a fire ripped through part of an apartment building in Visalia.
KFSN
By Elisa Navarro and Brian Johnson 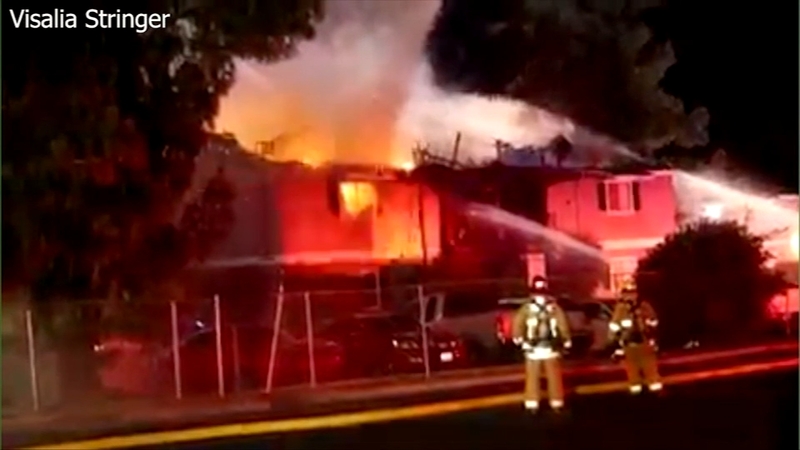 Visalia woman looking for 4 cats after fire at apartment complex

VISALIA, Calif. (KFSN) -- Ten people were forced from their homes after a late-night apartment complex fire in Visalia.

Firefighters were called to the Maplewood Apartments on Shady Street and Packwood Drive just after 11:30 on Monday night.

No one was seriously hurt, and crews got the fire under control within 45 minutes of arriving.

But four units were damaged, including Stephanie Rodriguez's apartment.

Rodriguez woke up to the sound of her smoke alarm and got out safely with her children.

But at one point, she tried to go back inside to look for her four cats.

"I held my breath, ran in, and the living room, I got halfway to the living room, and it was just black," Rodriguez said. "I couldn't see nothing. The smoke was so thick and it literally just knocked the wind out of me."

She says they're are microchipped and have collars with her contact information.

A GoFundMe has been set up to help Stephanie and her family.

The cause of the fire is still under investigation by the Visalia Fire Department.