Horse owners run through thick smoke, ash hoping to get horses to safety 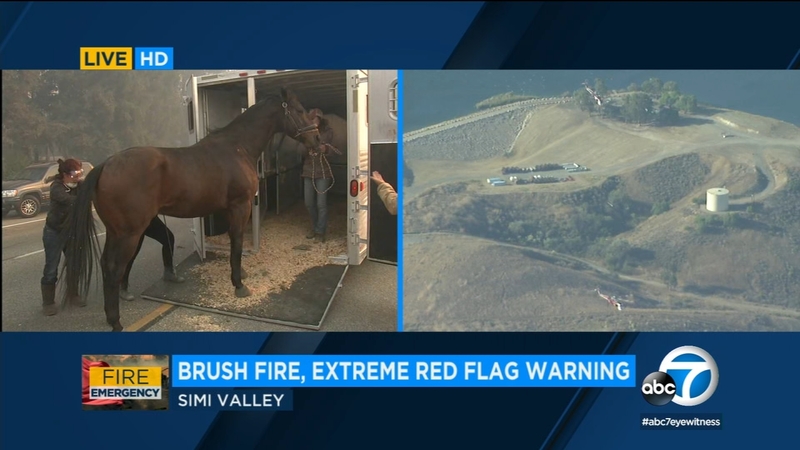 SIMI VALLEY, Calif. -- Horse owners were seen scrambling through smoke along Tierra Rejada Road in Simi Valley in hopes of getting their animals to safety.

Some homeowners were spotted using garden hoses to douse hot spots. Incredibly powerful winds were making the firefight and evacuations especially difficult in the area.

Eyewitness News reporter Marc Cota-Robles described conditions as "completely smoked out" and that he was unable to see more than 20 yards due to the thick smoke and ash.

Another horse owner named Kathy told Eyewitness News she was having a hard time finding a trailer large enough to fit her 22-year-old horse named Tucker.