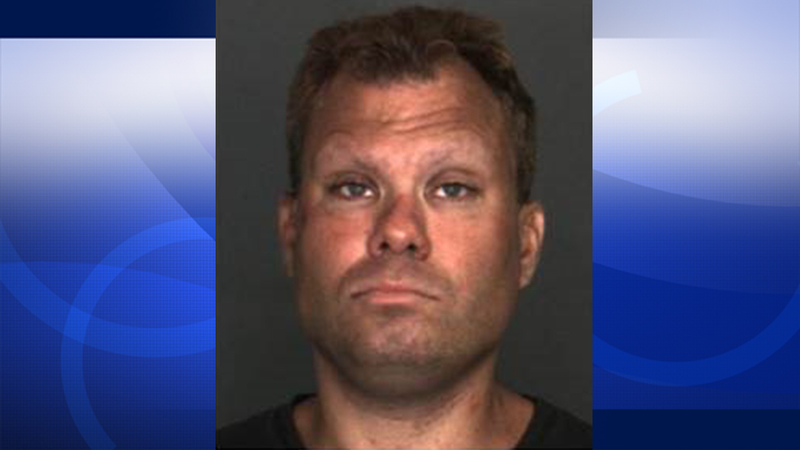 Fontana police say the suspect, identified as 38-year-old Brandon Watkins, first tried to attack a 5-year-old girl in her apartment in the 800 block of Mango at about 3:20 p.m. Sunday.

Watkins allegedly tried to trick her into opening the door by pretending to be Barney, a popular children's television character.

"I heard somebody saying, 'It's me, Barney, open the door little girl. It's me, your friendly neighbor," mother Deserie Pedroza said.

That's when Pedroza stepped in to keep the door shut. She kept quiet, looked through the peephole in her door and saw a man she didn't recognize.

After about five minutes, he left and went to another side of the apartment complex, where 20-year-old Ashley, who has autism, was taking out the trash.

"He put his right arm and pinned me to the door and tried to pull down my pants and that's when my mom came out," Ashley said.

Ashley's mother heard her daughter yelling for her.

"She was being held, so I had to grab her and when he saw me he let go. I brought her in the house," said her mother, who called 911.

Watkins allegedly continued to rap on their door, and she went outside and talked to him until police arrived.

He was arrested on suspicion of attempted rape, kidnapping and burglary.