Former Tulare pastor pleads no contest in embezzlement case, will be sentenced in August 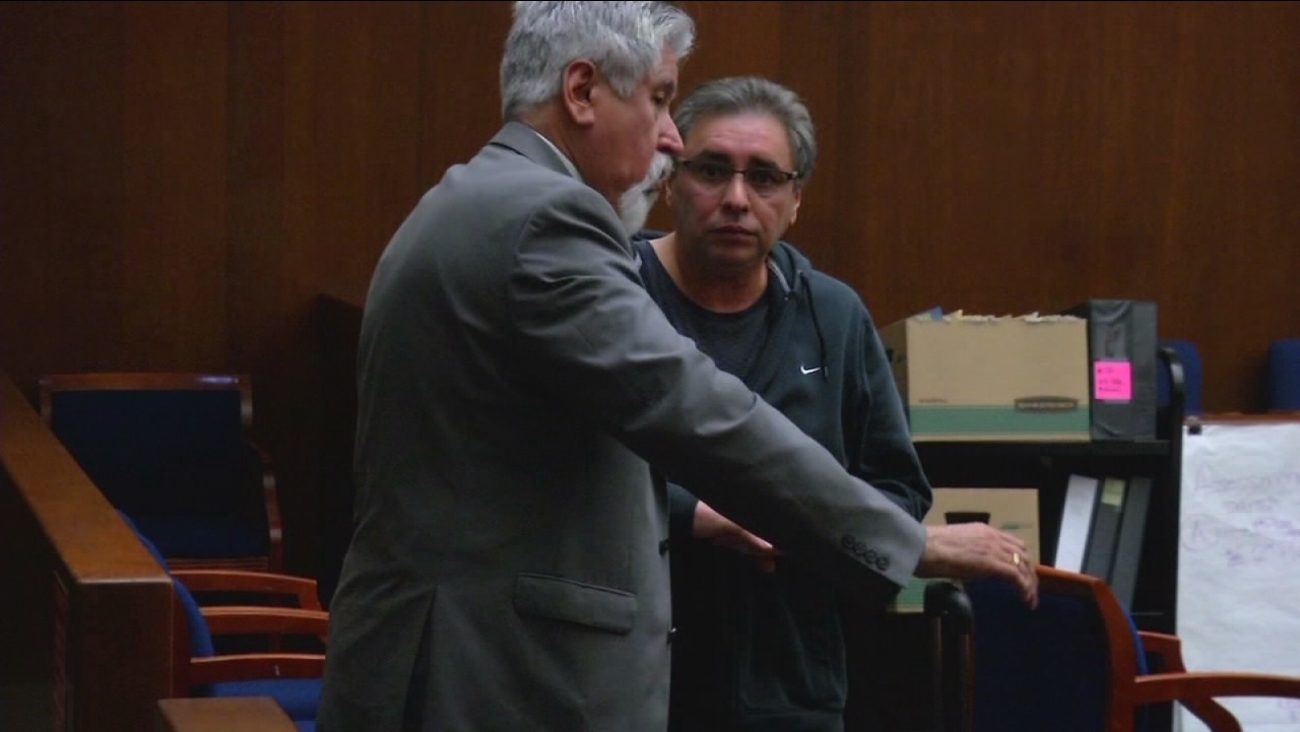 Father Villafan is charged with stealing more than $300,000 from the church during that time. (KFSN)

TULARE, Calif. (KFSN) -- On Monday morning, Tulare County Presiding Judge Gary Paden made it perfectly clear to Ignacio Villafan that he wants him to start making some money immediately.

He wants Villafan to repay St. Rita's Catholic Church in Tulare, where he was pastor from 2005 to 2012. Father Villafan is charged with stealing more than $300,000 from the church during that time.

Former Tulare pastor Ignacio Villafan plead no contest to embezzlement charges this morning. His likely sentence, and his status with the Catholic Church, on @ABC30 at 6:30. pic.twitter.com/KdJ0K4nvqP

Villafan's attorney says his client's no contest plea on Monday was a way to avoid a possibly stiffer sentence at trial but is not an admission of guilt.

"I know the allegation is that he took much from the church but I think what's been overlooked here is that he put much into the church," said attorney Victor Perez.

Monday was supposed to be another segment of Villafan's ongoing preliminary hearing, which has been spread out over several months. The case is complex and has required a review of thousands of pages of documents.

But before Gerrie Lenn Pimentel (the Roman Catholic Diocese of Fresno's Director of Parish Financial Reporting) could continue her testimony, the plea was announced.

Alavezos confirmed that the Catholic Church sent their office a letter opposing any prison time for Villafan.

Judge Paden also told Villafan that he will not send him to prison, but will put him on probation.

"I would imagine that we will probably be asking for prison (at the sentencing)," Alavezos said.

"Father Villafan will remain on administrative leave, while his case is taken under review in light of his plea of no contest to the charges against him," said Teresa Dominguez, spokesperson for the Roman Catholic Diocese of Fresno. "Diocesan officials will cooperate fully with the probation office, as needed. At the sentencing hearing on August 8, there will be diocesan presence to address the court."