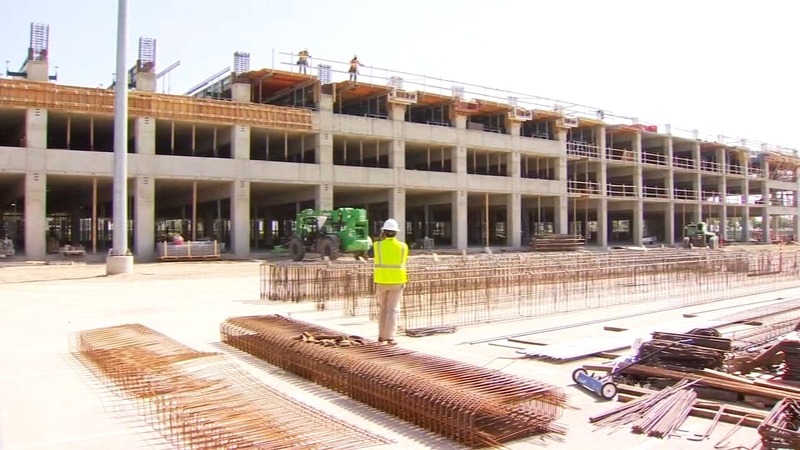 The project is part of a larger $115 million dollar expansion called "FAT Forward."

Officials are calling the project a game-changer -- just as FYI gets set to welcome new airlines and destinations this year.

"You can see our parking lots are already now full. There are days when we're actually above 100% of where we were pre-pandemic out here," said FYI Director of Aviation Kevin Meikle.

Meikle was joined by Mayor Jerry Dyer on a tour of the $29 million project Wednesday. The new structure will feature four levels and add 917 parking stalls.

The mayor was impressed with the progress being made so far and said he anticipates it finishing ahead of schedule and under budget.

"Some 300 plus workers that have been committed to this job, more than 50 a day that are out here working on this project that's providing good paying jobs to people within the city of Fresno," said Mayor Dyer.

While the project will help the airport meet the parking needs of the future -- officials say it's part of a broader expansion plan -- which will include adding gates to the terminal.

"Right now, we're scheduled to kick that project off sometime next Spring, just about 10 or 11 months from now," said Meikle.

"The airlines are recognizing what's going on here in the Valley and the number of seats that they're putting into our market for the month of May is 116% of what it was pre-pandemic," said Meikle.

The structure will also feature smart parking -- thanks to Measure C money. Red and green lights within the parking garage will notify drivers which stalls are open.