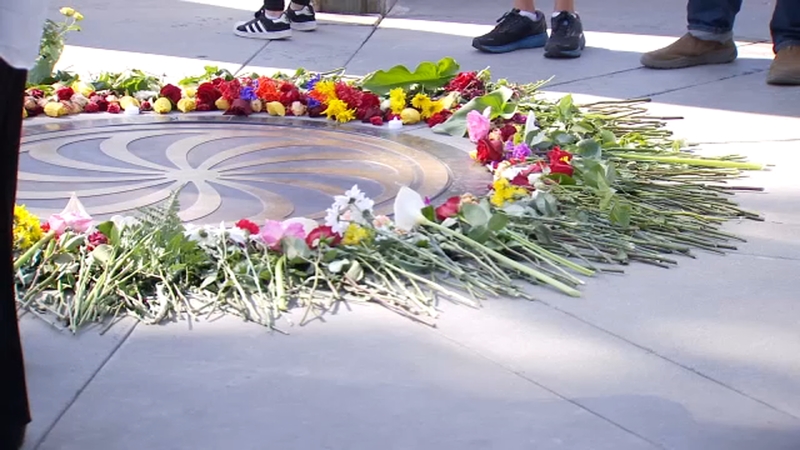 An event was held at the monument on campus at Fresno State.

"We build monuments like this and churches, and we say we're still here," said Michael Rettig, chair of the Armenian Genocide Commemorative Committee. "This genocide has failed, and we are thriving where we are."

The genocide in Turkey killed an estimated one and a half million Armenians.

Many fled to other countries, including the United States.

Tens of thousands of Armenian-Americans live in Fresno.

"I'm proud of my community for 107 years later keeping this memory alive and still coming together," said Rettig.

People of all backgrounds laid flowers and gathered to remember. For some at Fresno State Sunday night, it was a chance to make sure younger generations know about the tragedy that happened more than 100 years ago.

"It's important to talk and discuss, and the more we educate our kids, the community, the world hopefully, the less likely it will happen again," said Jason Koligan.

"My son is old enough to understand, my girl is just barely understanding, but we want to remember what transpired and why we're here in America," he added.

Through the music and the speakers on stage, Fresno's Armenian community stood strong together, marking a somber occasion.

"To come together and remember with people you've grown up with--an entire community of people who share that pain meant so much," said Rettig.

Everyone Action News spoke with stressed the importance of continuing the dialogue about the Armenian genocide to remember what happened and also to prevent it from happening again.