Fire crews arrived to find plumes of smoke rising from the building.
KFSN 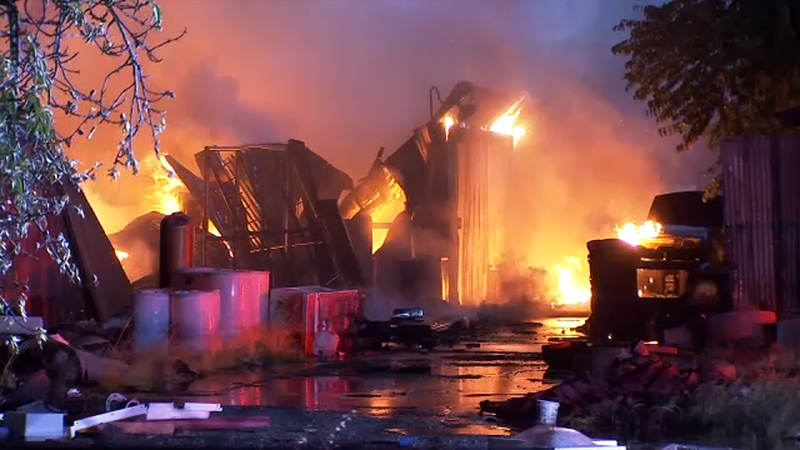 FRESNO, Calif. (KFSN) -- Firefighters were able to put out a large fire at a vacant industrial building in central Fresno overnight.

The three-alarm fire was reported after 12:30 am on Monday near Tyler and Clark.

Fire crews arrived to find plumes of smoke rising from the building. Several firefighters were called in to help battle the blaze.

After several minutes, they were able to contain the fire.

The building has not been used for several years, but officials think they know how the fire started.

"The cause and origin are under investigation. But that's our working theory, that there was an encampment. So it was either a warming fire, or a cooking fire, or perhaps even an intentional set," said Fresno Fire Battalion Chief Thomas Cope.

Fresno County Fire assisted in putting out the blaze.