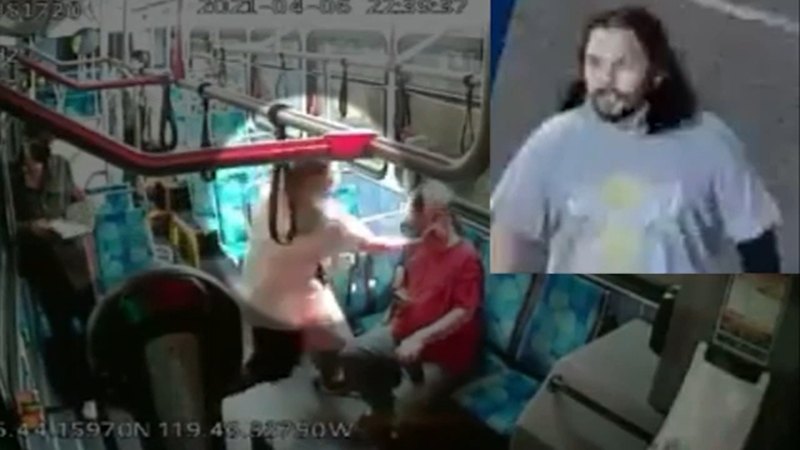 FRESNO, Calif. (KFSN) -- A difficult defendant made his way into court Wednesday afternoon to face charges of abusing a dependent adult in a FAX bus attack caught on camera.

Nicholas Gilbreth says he didn't do anything to the man, didn't even talk to him, and has no idea why he got attacked.

A conversation with Gilbreth leaves most people mirroring his big smile.

The 42-year-old doesn't let his disability stop him from spreading joy, and news about his hometown.

"I'm the lead anchor and reporter, Fresno bureau chief and Los Angeles bureau chief for Fresno News Plus," he said.

But thinking back to a bus ride in early April wipes the smile off his face.

He was talking on the phone to his dad and just as he hung up, a man grabbed the stop cord, stepped back, and then cold-cocked him.

"He took my sense of pride away, right?" Gilbreth said. "From riding the bus. I was scared to ride the bus."

The 38-year-old has at least six prior felony convictions and a history of violence.

He refused to come to court Tuesday, but deputies got him there Wednesday.

He yelled at his public defender and was obstinate with the judge on Zoom.

"Mr. Garcia, can you see and hear us on the screen," the judge asked twice, getting no response. "Mr. Garcia, are you going to respond to my questions?"

Garcia eventually acknowledged the judge and entered a not guilty plea to abuse of a dependent adult and to felony resisting arrest when police tracked him down.

Gilbreth says a conviction would put a smile on his face.