Officials say 52-year-old Raymond Eddy got into an argument with Oliver Baines about a "failed business venture."
KFSN
By Corin Hoggard 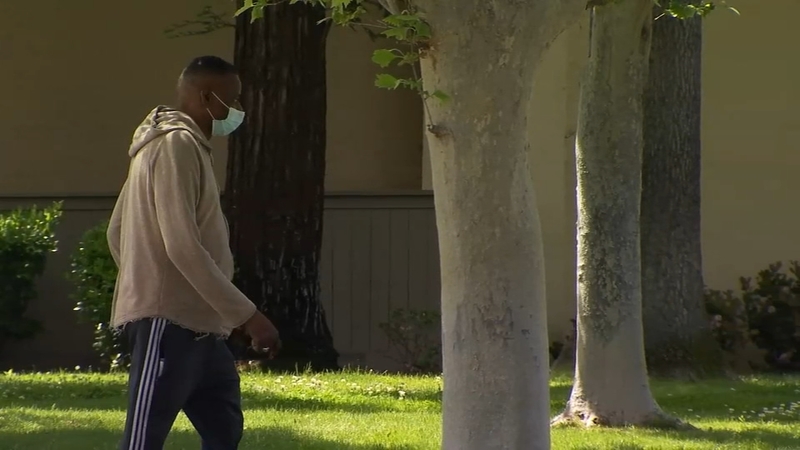 Just out of jail, Raymond Eddy walked back to the Windscape Apartments Thursday afternoon, the scene of his alleged crime the night before.

Police say their helicopter team spotted a car leaving these apartments after they got reports of a fight.

"Officers stopped that vehicle and detained the sole occupant and driver of that vehicle who was later determined to be former Fresno police officer Raymond Eddy," said Lt. Robert Beckwith of the Fresno Police Department.

"During the altercation, Mr. Eddy produced a firearm, held it to Mr. Baines' neck and threatened to kill him," Lt. Beckwith said.

Investigators say the 52-year-old also punched Baines while the gun was in his hand, a round in the chamber, and the safety off.

Baines suffered minor injuries to his face and called police while others called 911.

Officers say the men argued over a failed business venture, although they're not specifically saying what type of business.

The owner of Cannabis Culture Club confirmed to KFSN-TV that both men serve as unpaid board members.

But he said they have nothing to do with the company's three cannabis applications to the city of Fresno, all of which are still under consideration.

Eddy didn't want to talk to KFSN-TV when we tracked him down, and we couldn't reach Baines, but people who know the men say any violence between them comes as a shock.

They worked together at the police department and for a while, and Eddy worked for Councilmember Baines as his chief of staff.

"Very surprising simply because they were good friends, close friends," said Fresno Mayor Jerry Dyer, who was police chief when Eddy and Baines were officers.