At this time, this is still a proposal and has not been voted on by the Fresno City Council.
KFSN
By Brittany Jacob 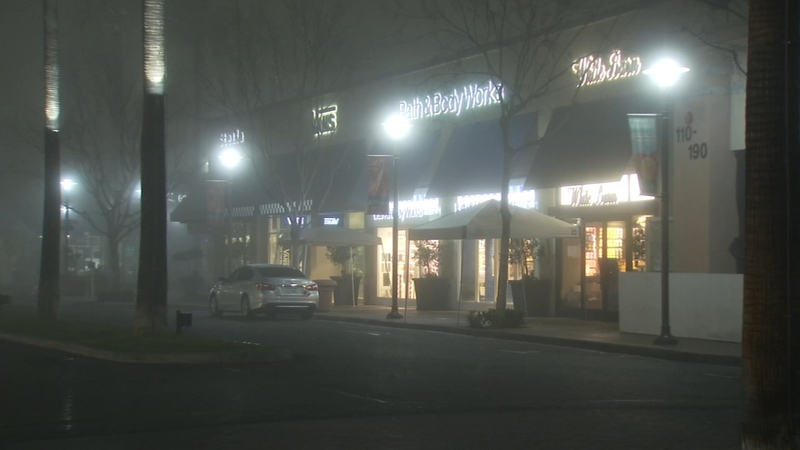 FRESNO, Calif. (KFSN) -- Fresno City Council members are drafting an emergency proposal that would close down retail businesses because of surging COVID-19 cases.

In the draft of the ordinance obtained by Action News, Fresno would be under an emergency shutdown order for five days once the number of available ICU beds in the county is down to zero.

The emergency proposal calls for all retail businesses to completely close once that threshold is reached for five days.

All office workers would also be required to work from home.

Grocery stores and curbside pickup from stores would still be allowed.

At this time, this is still a proposal and has not been voted on by the City Council.

Council member Luis Chavez is leading the effort to draft this emergency ordinance.

Fresno County added almost 5,000 COVID-19 cases in the last 48 hours and 89 new deaths from the virus - staggering numbers that motivated Chavez to draft the order.

If the numbers remain at the end of the five-day shutdown, it would be extended another five days, until numbers improve.

But not everyone in the Fresno City Council is on board with the proposal.

"I've not been a big fan of shutting down businesses and thinking that's the 'be all end all'," District 2 City Councilmember Mike Karbassi told Action News.

While alarmed by the situation in hospitals, Karbassi said he would like to see a proposal that can "actually pass", saying it would need more data.

"Punishing businesses isn't going to be an answer that works. Now I am interested in looking at finding a solution that will make a difference because I genuinely worry right now," he said.

According to Karbassi, there will have to be a special meeting - which they could have as early as Tuesday.

It would have to be open to the public and the council will have to vote with a supermajority to pass it.

There are a lot of unanswered questions that even Karbassi can't yet answer.

"I really wished that when this was shared with the public, it would have been vetted a little better, but that's just the way the process goes ...I can tell you that I will be asking the appropriate questions to make sure that what we do can actually make a good difference, not a bad difference," he said.

According to the text of the proposal, violators would be subject to a $1,000 fine for the first offense.

Karbassi said he does not support the Fresno Police Department enforcing this.

"Right now we just don't have the capacity," he said.