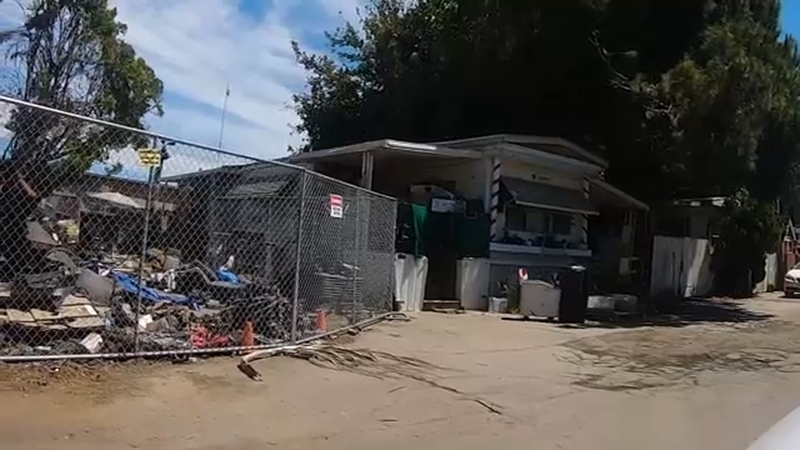 FRESNO, Calif. (KFSN) -- A proposal for a new ordinance aims to ensure safety at mobile home parks across the City of Fresno.

The two said the need for change came after Ronald Richardson died in a mobile home fire at a mobile home park in Northeast Fresno that did not have a permit to operate.

"I miss him so much," said Sharon Richardson, the mother of Ronald Richardson.

Richardson died in a fire at Trails End Mobile Home Park near Blackstone and Sierra Avenues on April 29.

It was later determined the mobile home park did not have a permit to operate.

The California Department of Housing and Community Development said it suspended the permit in January because the park was in unsanitary and substandard conditions.

The HCD should've contacted the city to alert code enforcement to move in, but Fresno city officials say that never happened.

"The simple fact is we did not know about what the environment was at that location that was contributing to the code violations," said Dyer.

Now, in hopes of preventing something like this from ever happening again, Bredefeld and Dyer plan to propose an ordinance to the City Council on Wednesday.

If approved, it would give the City of Fresno full control of all code enforcement duties related to mobile home parks in the city of Fresno, instead of the HCD.

If approved, the city will be responsible for enforcing Health & Safety Codes. Per the staff report, in California 28 cities & 6 counties have assumed code enforcement authority over mobile home parks. San Diego is the largest city to do so, Fresno would be 2nd largest. @ABC30

"This is just assuming a responsibility that the state had that really wasn't being fulfilled and resulted in this tragedy. That's not going to happen with us," said Bredefeld.

If approved, resources are estimated to require 4 additional code inspectors at an all in cost of approximately $300K per year. The ordinance requests money from the state, since it’s assuming a state function. @ABC30

The city would be required to inspect at least 5% of Fresno's 26 mobile home parks per year.

The anticipated cost is $300,000 per year to hire four more code inspectors to do the job.

The city is requesting financial assistance from the state since the city will be assuming a state function.

Even if the city of Fresno assumes responsibility, it will still be subject to HCD oversight.

"This is just assuming a responsibility that the state had that really wasn't being fulfilled and resulted in this tragedy. That's not going to happen with us," said Councilmember Gerry Bredefeld.

In a statement from the HCD, officials said they have confidence in the city's ability to enforce the state laws and regulations on HCD's behalf.

For Sharon Richardson who lost her son Ron, she said this is a step in the right direction.

"I'm totally elated by that and I'm hoping they can get things fixed," Richardson said.

Richardson is planning to hold memorial services for her son in July. They have started a GoFundMe account, which you can find here, to help with expenses.

If everything goes as planned, the city will assume control in about two to three months.

As for Trails End Mobile Home Park, the permit to operate is still suspended by the HCD. HCD says the park owner has made some progress on clearing some of the violations such as trash/debris, inoperable vehicles from park roadway, & utilities are capped on lot #11. @ABC30

As for the mobile home park where the fire happened, the HCD said its permit is still suspended.

HCD officials said the owner of Trails End Mobile Home Park has made some progress on clearing some of the violations such as the removal of trash and debris, inoperable vehicles from the park roadway and capping utilities on a vacant lot.