A Fresno man is searching for the owner of a sentimental keepsake, a necklace with ashes inside.
KFSN
By Jessica Harrington 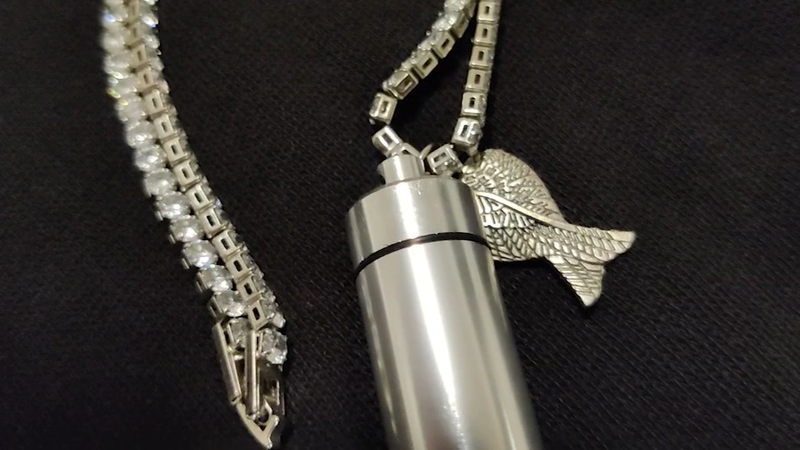 FRESNO, Calif. (KFSN) -- Thanks to the power of social media, a necklace with ashes inside that was found in downtown Fresno will make its way back to its rightful owner.

On Saturday, Adam Romo said he went to pick up food from La Maison Kabob on Fulton and Merced Street in downtown Fresno.

He was loading the food into his car when something in the gutter caught his eye.

"I thought it was a set of keys, and I just grabbed it, and I really didn't pay no attention because it was all balled up," Romo said.

After a closer look, he realized it wasn't keys; it was a necklace with a small urn and angel wings. 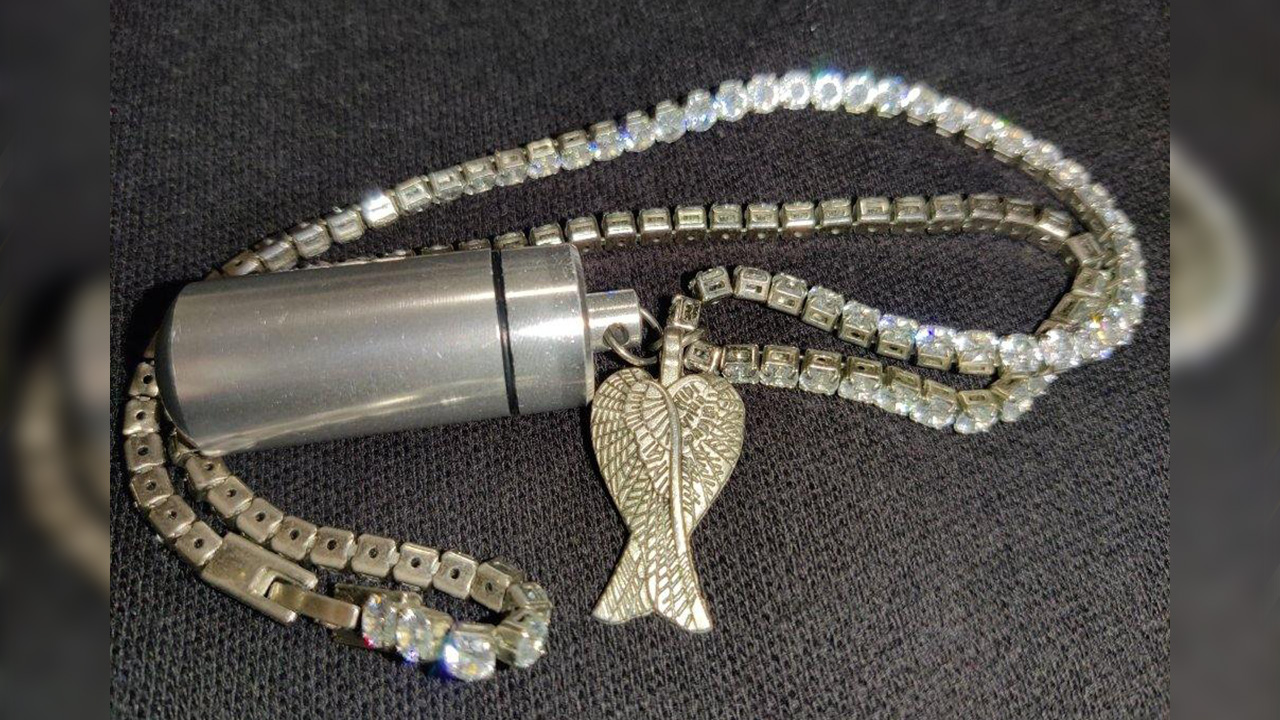 After a closer look, he realized it wasn't keys; it was a necklace with a small urn and angel wings.

"I know it has great sentimental value to somebody, so I couldn't imagine losing something like that," said Romo.

He said initially he wasn't sure what it was and worried about opening it up. But once he did, he saw a small vial inside with what appears to be ashes.

He asked his friends what to do. They told him to find its owner, so he posted pictures of it on social media.
"It's a precious keepsake. It's something irreplaceable," said Romo.

We shared the post on our ABC30 Facebook page where hundreds of people shared it. That includes a person who sent the post to Latray Graham.

"I'm so glad that someone picked it up." Graham said.

Graham lost the necklace last weekend while she was at a birthday party in the same area where Romo found it.
She didn't realized until later that it was missing.
Inside are the ashes of her grandparents. She said it felt like she lost them all over again when she realized it was gone.

"I've been so different without my necklace," said Graham.

Now that she knows her grandparents' ashes are safe and she'll get them back, she had this message for the man who found them and made such a big effort to get them back to where they belong.

PLEASE SHARE: A Fresno man found this necklace with ashes inside in downtown Fresno. Now he’s trying to track down the rightful owner. I’ll have the full story at 6 on @ABC30 , but please share so we can figure out who this belongs to! pic.twitter.com/XVqwMcUR0w