Investigators say the driver of the car appeared to be under the influence and was going to be evaluated at the hospital.
KFSN 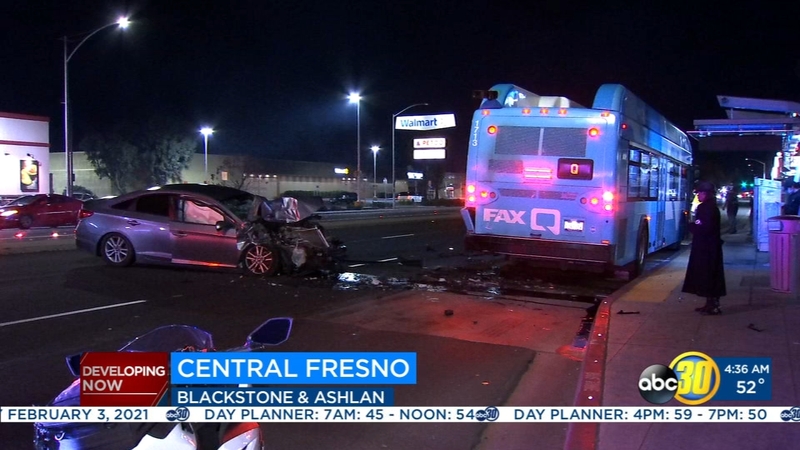 FRESNO, Calif. (KFSN) -- Fresno police believe drugs or alcohol may have been factors in a crash involving a Fresno Area Express (FAX) bus and a car in central Fresno on Tuesday night.

It happened just after 9:30 pm on southbound Blackstone Avenue near Ashlan Avenue.

Police say the bus was rear-ended by a 38-year-old man driving a gray car. The driver suffered moderate injuries and was taken to the hospital.

The front of his car sustained some damage, while damage to the bus was minor.

"It does appear he was going at a high rate of speed, either veered off to the right. Luckily, his passenger side took a major impact in the collision," said Fresno Police Lt. Israel Reyes. "Otherwise, it could have been a very unfortunate accident for that gentleman, and for the occupants on the bus, of course."

The driver of the bus and two passengers on board were not injured.