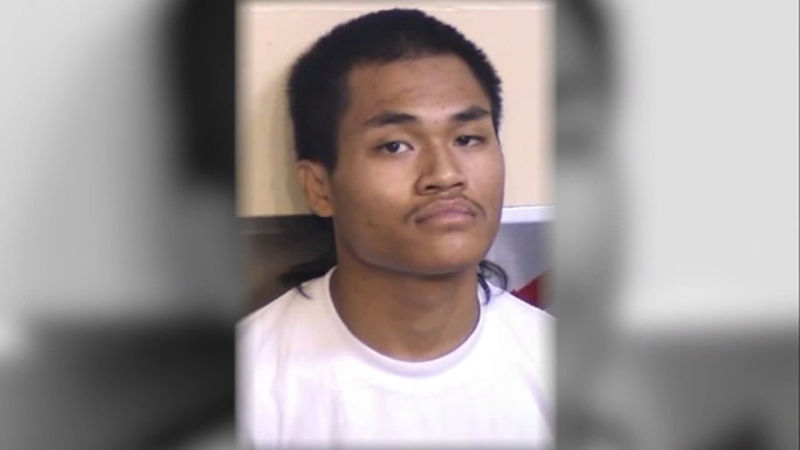 FRESNO, Calif. (KFSN) -- A life sentence is awaiting the Fresno man who got high on meth, got in a high-speed police chase, and killed an unborn baby in a crash last year.

By the time Fresno police pulled their weapons on Jimmy Keonhothy, it was too late.

Body camera video showed him speeding away from officers, running two stop signs and eventually crashing his Honda Pilot into a car on Olive.

"These events were extremely disturbing and the tragedy that occurred thereafter is certainly something that not just Mr. Keonhothy by serving his sentence will be living with, but the mother-to-be will always remember the way her pregnancy ended," said Judge Houry Sanderson as she prepared to sentence Keonhothy.

Ayala was 42 years old, 25 weeks pregnant, and on her way home from a pregnancy checkup with her OB/GYN.

Doctors performed an emergency c-section later the same day, but they couldn't save the baby and they say Ayala herself suffered some cognitive damage.

Keonhothy admitted he was on meth at the time and a blood draw that was also recorded on body camera video confirmed it.

A jury convicted him of second-degree murder and other charges in May.

Prosecutors made the case for murder by arguing he acted with malice because of a prior conviction for auto theft.

That time, he also ran from police, accelerated through a residential neighborhood, blasted past a stop sign, and narrowly avoided a crash.

A judge warned him about the risk involved in high-speed chases, but he did it again.

This time, he won't be driving again for a long time.

"You have now caused the ultimate price to someone else: the loss of a loved one, a future child, somebody that person was looking forward to having in their life and you've caused yourself to spend a substantial amount of your life in prison all because you are unable to make good decisions," Judge Sanderson said.