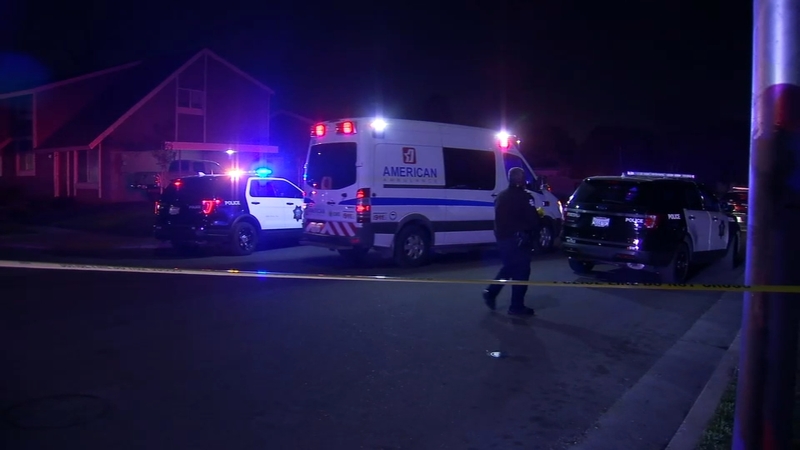 FRESNO, Calif. (KFSN) -- A shooting in southwest Fresno has left two people dead and two others, including a boy, injured.

The shooting happened at an apartment complex in the area of S Clara Ave and E Lorena Ave.

Fresno police say that at about 6 pm, neighbors called 911 after hearing gunshots.

21 rounds were fired, according to ShotSpotter. Officers arrived to find four people shot.

Two of them, 43-year-old Roman Cervantes and 27-year-old Jose Herrera Mojica, died from their injuries at the scene.

Two others, another man and a boy, were rushed to the hospital where they are receiving treatment for gunshot wounds.

Investigators say there had been a disturbance before the shooting.