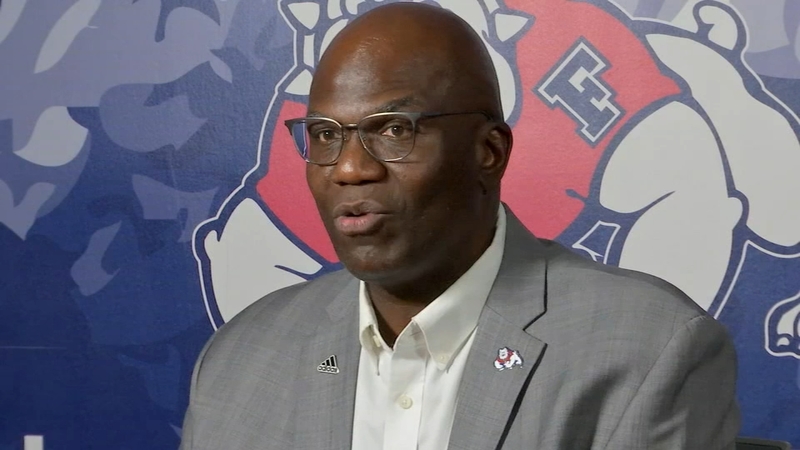 The Bulldogs athletic director, Terry Tumey, sat down with us to talk about navigating the department through this pandemic.

"I don't hear a lot of this is terrible, I hear a lot of, 'We understand, what can we do to help solve the problem?' So that's a blessing," Tumey said. "So I don't feel as though I've had it as hard as some others. I think the people who have had it hardest, of course, are our student-athletes."

And how often are you able to have those conversations with the coaching staff these days?

"Our coaching meetings used to be once a month or every two weeks. We meet weekly now. It's very important that not only do we talk about the conditions of our student-athletes, we also share solutions or things that we think can work. Unfortunately in this condition we're in right now, it changes so quickly. One minute you're seeing some positives and literally within 42-72 hours, it can change drastically, so it's very important that we stay engaged with our coaching staff and stay engaged as well as we can with our students."

The non-conference slate is such a huge revenue stream, right? Just showing up to play a Texas A&M or a Colorado. Was there a clause in there, like an "act of God" of a global pandemic or a flood like we saw in 2013, or is that revenue just off the table now?

"I want to say before I answer that question, and I'm going to allude that question a little because there's legal ramifications for that question. So I literally need to be a little bit careful as far as how I talk about that, but I will say that yes, there are always clauses as it relates to force majeure and things of that nature for contests of that nature. However, there's also some uniqueness that goes along with those games. The ability to, I know it doesn't help us this year, but the ability to have those contests and look at them and whether look at compensation for this year for missed games or the possibility of looking at rescheduling of those games for future considerations are all on the table. I think the thing that we have to think about even though it's a dire financial situation for us in terms of how the loss of those games affects us, we really do have to take a little bit of consideration as to, 'Hey, even though those are Power Five conferences, they're suffering as well.' They're taking a hit as well. I'm not sure we would have seen a time where Power Five institutions were going through deletion of sport where they're cutting things of that nature, so there needs to be a little bit of a conscious effort as it relates to our entire industry as we go forth and look at how we could recoup resources."

How has this affected the offseason programs and renovations or projects that you had in the works for 2020?

"It is on pause. It has put us on hold because our resources are limited and if they are limited, they need to be more efficiently used. They must go directly to the client and that is our student-athletes. So we've done more to invest in their health and well being and moving forward in that way rather than think about possible capital improvements. We all know that there's a small thing going on right now called name image and likeness that got shelved a little bit. But figuring out ways in which you can enhance them by going down those paths and thinking about their brands and making sure that they still understand that this experience that they're receiving is a fruitful one. It's one that's really going to move their lives forward and we're a part of that investment. That's what we're trying to do."

The last time we talked, you had said it was a worst-case scenario to eliminate a program and in that time, we've had furloughs with in the department. How would you assess where the department is at financially in looking at some of those scenario?

"Well, the conditions are still dire. Without having the ability to truly understand where many of our revenue-generating sports are going to come from. We all know the importance of what football does for our athletic deptartment because it is our only time that we can activate 30-40,000 rabid Red Wavers at one time and all the financial considerations that go along with that, so we all understand that it doesn't make football more important than any other sport, but it does add to that contribution of the thing you've talked about in terms of the financial condition. That being somewhat of an unknown, it does come down to the fact that you have only so many places you can go. You have the different revenue streams that you look at in terms of our interaction with our community without having possibly broadcast or things of that nature you're losing some of those revenue streams. You also, of course, have ticket revenue, so that gets dampened. But from an expense standpoint, we're not building widgets here. So we don't have anything that we can sell. There's no inventory to sell. So right now, that leaves you with either operational costs, which you cut as much as you can. Unfortunately, you've seen the fallout of how we've had to reduce our staffing in order to get through some of these dire times hoping that when things do rise up, we can bring those folks back to us because we desperately need them. At some point, though, there's always a consideration of what other places you can go and as I've said to you and I'll say to anyone, the last thing you want to do is to affect the student experience by deletion. But as we've seen, that is a consideration throughout the nation and that is something that if we have to go down that path, it will have been where we've exhausted literally every other way."
Report a correction or typo
Related topics:
sportsfresnofresno statebulldog gangbulldog breakdowncollege footballfresno state bulldogs
Copyright © 2021 KFSN-TV. All Rights Reserved.
BULLDOG BREAKDOWN
Bulldog Breakdown: What coaches, players think about Fresno State
Bulldog Breakdown: What coaches, players think of Jimmy Kimmel LA Bowl
Bulldog Breakdown: Ronnie Rivers
Bulldog Breakdown: Interview with Kalen DeBoer
TOP STORIES
Large fire rips through northeast Fresno building
Woman critically injured in southwest Fresno shooting
Hundreds gather to remember Wasco family, deputy killed
Community rallying around Clovis girl battling cancer
65-year-old woman hit and killed by driver in Merced
Biden to announce vaccine mandate for all federal employees: Sources
Suspect arrested in deadly SoCal movie theater shooting
Show More
Simone Biles withdraws from all-around competition at Summer Games
28-year-old man shot multiple times in SE Fresno, police say
Election to recall Newsom is much tighter among these CA voters: poll
Teen accused of killing father, brother faces possible death penalty
Bear cub burned in Tamarack Fire recovering at wildlife center
More TOP STORIES News