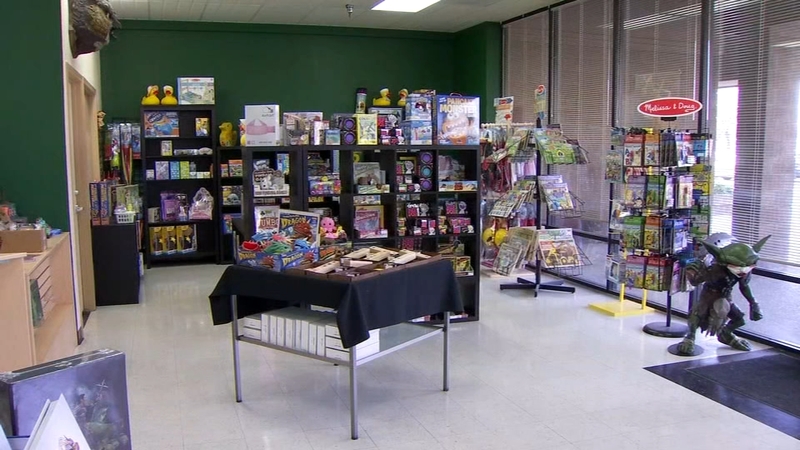 The man is suspected to be a repeat offender at "Crazy Squirrel" game shop on First and Nees.

Sunday around 5 pm, a man walked into the game store with a bag and filled it with $200 worth of merchandise.

When he tried to leave without paying, police say staff confronted him and it turned into a struggle.

"The guy just barreled into me, bull-rushed me through the door and I hit that planter," said owner Jennifer Ward.

She has owned and operated "Crazy Squirrel Game Store" for 11 years.

Ward broke her wrist in two places and also injured her hip, chin, and shoulder.

Wednesday afternoon, stepped up safety and security measures were present, including a locked case for some of the higher-price items.

"While we have been broken into before and had people steal from us, it's the first time someone got violent," said Ward.

Ward says once police find the man, she plans to press assault charges.