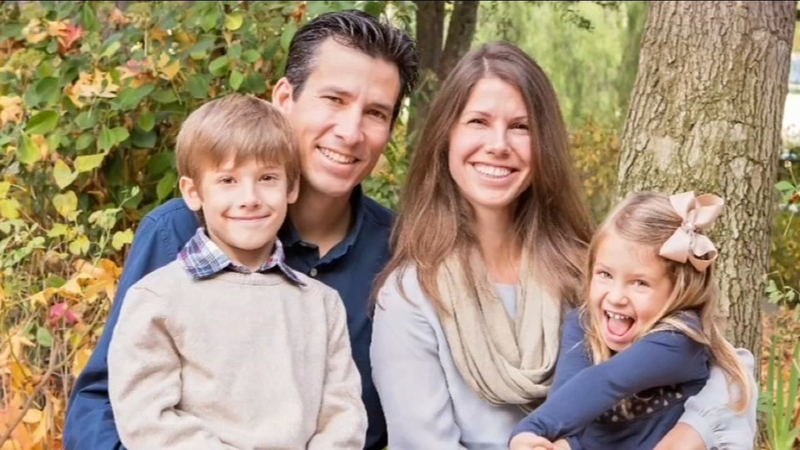 FRESNO, Calif. (KFSN) -- When Susan Gladding took to the stand to honor her late husband's memory she knew it would be an uphill battle.

"I was difficult to do but it was something that I knew was very important," she said.

She's in Sacramento to push for Gavin's Law, named after Clovis Unified Vice Principal Gavin Gladding, who was killed in a hit-and-run crash last year.

Her family and Assemblyman Jim Patterson (R-Fresno) want to close an existing loophole they claim encourage intoxicated drivers to flee the scene.

"What we want to do is make sure that if you hit, run, hurt, that you be a human being about it, that you stay and provide aid, that you don't take evidence and leave the scene," Patterson said.

The bill allows for drivers involved in fatal crashes to be sentenced up to eight years in prison.

Under the current law, the maximum punishment is four.

Members of the Public Safety Committee were at first opposed, worried about unintended consequences.
"Some will interpret going three blocks, very different than going five miles, very different from going home and trying to fix up a banged up car," said Assemblymember Sydney Kamlager-Dove (D-Los Angeles).

The Gladdings' emotional story convinced lawmakers to change their mind.

Instead of voting against the bill, they have pledged to work with Patterson to make amendments.

"I felt Gavin with me this whole time. and I think he let the words come through my mouth because this is important," Susan Gladding said.

One of the changes includes giving a judge more discretion in sentencing.

The bill is expected to be taken up for another vote in the coming months.
Report a correction or typo
Related topics:
politicssacramentoclovisfresnohit and runlaws
Copyright © 2022 KFSN-TV. All Rights Reserved.
TOP STORIES
Man suffered severe burns after explosion at Table Mountain Casino
Foggy Day School Schedules, Fog Tracker from ABC30
Pedestrian hit by car in northwest Fresno
Website for free COVID tests is here. How does it work?
Domestic violence suspect arrested after standoff with Fresno police
Man accused of killing 2 in Fresno County booked in LA County jail
Body of Missy Hernandez recovered from aqueduct near Huron
Show More
All 3 suspects arrested in connection to Tulare County murder
Suspect in Visalia triple homicide pleads not guilty to murder charges
Airlines worldwide rush to change flights over US 5G problems
Man guilty for killing Kerman couple must wait for new trial decision
Will inflation continue to rise? We talked to a local expert
More TOP STORIES News