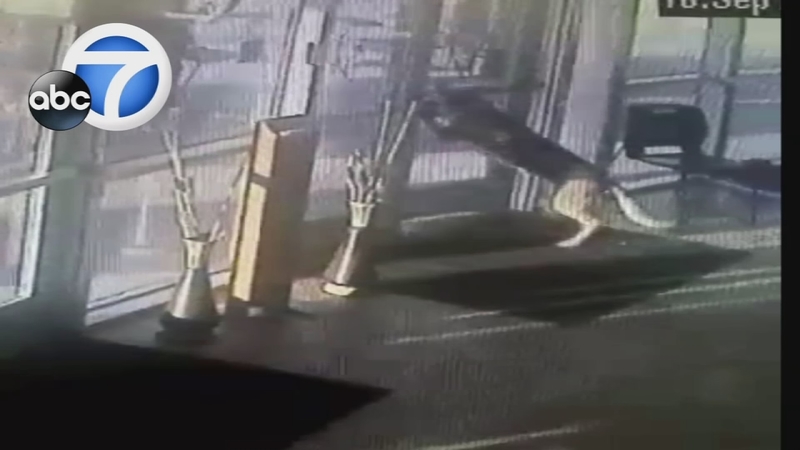 APPLE VALLEY, Calif. -- A crafty German shepherd was so eager to leave an animal shelter she managed to break out herself, smartly climbing over the top of her cage and maneuvering through three different doors before gaining her freedom.

The daring great escape was caught on surveillance video at the Apple Valley shelter.

Ginger the German shepherd was turned in to the shelter on Sept. 17 by an owner who had become homeless, according to Gina Whiteside, director of animal services at the shelter.

Later that night, multiple alarms went off at the shelter, and it seemed an intruder was moving around quickly through the building.

An animal control officer who responded didn't find anyone in the building, but found items in disarray, including some papers and files at the front counter.

Later review of surveillance video identified the culprit: Ginger had managed to escape over the top of her cage. She then roamed through the shelter and used her canine intelligence to figure out how to open interior doors - including one with a handle that has to be turned.

She made her way to the lobby and jumped up on the counter and roamed around a bit before trying out the front door, pushing its handle open and escaping into the fresh air.

Ginger was apparently trying to find her way back home. She was found Tuesday in a spot near where she used to live, only about three miles from the shelter.

Ginger was recovered and is back at the shelter and available for adoption.

"We would love someone who works with German shepherds to adopt her and train her for an important job," Whiteside said. "She is brilliant."