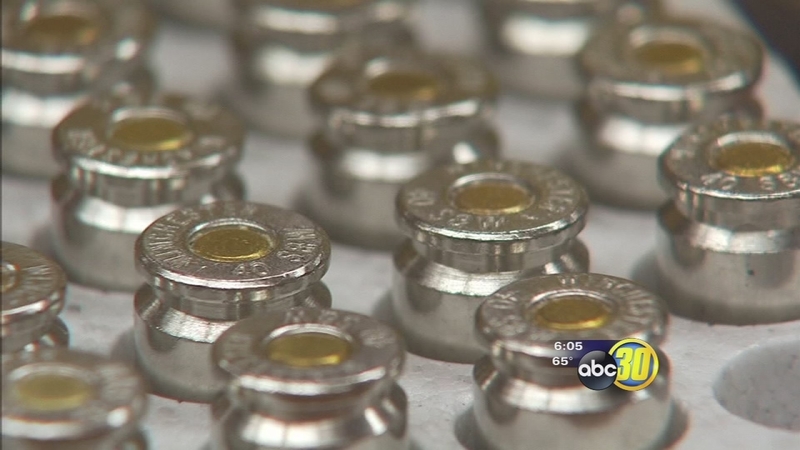 Buying ammunition without a paper trail and criminal check could be a thing of the past if the latest gun control initiative passes. The title of the legislation alone is unsettling to Fresno County Sheriff Margaret Mims. "Many voters will not read past the title and look into the actual details of it, and that's my concern. It's mislabeled, it's misleading, and it's not fair to the voting population."

The Lieutenant Governor is still working to collect the 366,000 signatures necessary to make it to the November election. The measure would also outlaw military type magazines. Fresno Police Chief Jerry Dyer is against penalizing law-abiding gun owners. He said many criminals will find a way to get guns and bullets. "It's generally through either burglaries, or buying these types of things on the black market, or having their girlfriends purchase these types of items. I don't believe this law is going to have very much of an impact-- if any."

Sheriff Mims is also worried that enforcing the new law could be difficult, and time consuming for deputies. "This is just another way that it is going to cause more problems for law enforcement, because you are creating a new set of criminals that didn't exist before."

If the proposal passes, it would require Californians to purchase ammo from only licensed vendors, businesses would then report the sale to the Department of Justice.