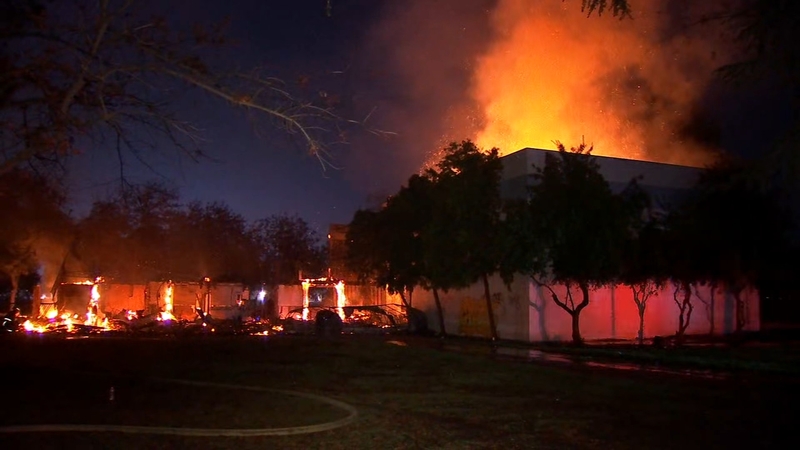 HANFORD, Calif. (KFSN) -- Firefighters are working to put out a fire at an abandoned building in Hanford on Thursday morning.

The fire broke out at a property that was once a College of the Sequoias campus on 13th Avenue, south of Highway 198.

Hanford Fire officials say the building has been abandoned for years.

Crews have responded to at least three fires at this location, which previously housed a gym, racquetball courts and classrooms.

The roof collapsed, and damage from the previous fires made the building unsafe for firefighters to enter.

It appears no one is injured, officials say.

Crews are working to protect a nearby building and a tent used by a church from the flames.

The fire is not impacting traffic in the area. Firefighters are expected to be on scene mopping up the flames for the next several hours.