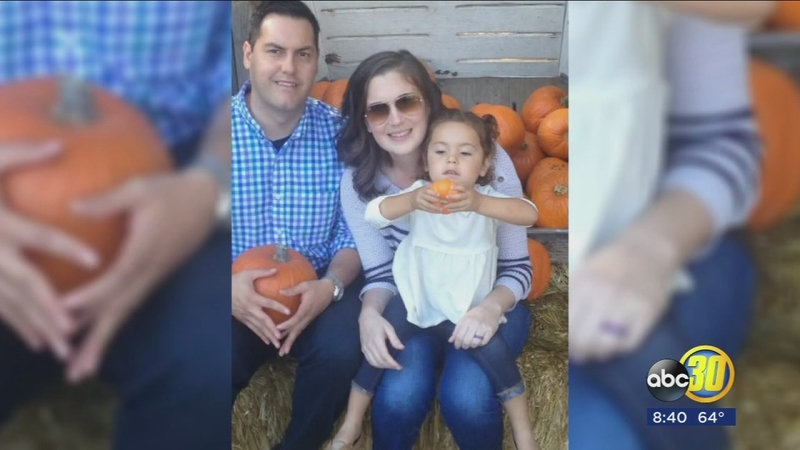 CLOVIS, Calif. (KFSN) -- In the last five weeks, Alyse has lost a son during pregnancy, found out she needs a new heart and Friday learned her kidneys are failing. But her fighting spirit and family support are giving her the strength to stay positive despite her rare diagnosis.

In late September, 29-year-old Alyse Ornelas was almost six months pregnant and was experiencing some chest pains, body aches and shortness of breath, attributing the symptoms to typical pregnancy pains. Even the first few doctors she went to thought the same thing.

The Clovis mother, wife, and a Fresno Unified teacher finally went to the ER at Clovis Community Hospital a few days later as her symptoms worsened. She says she was barely able to breathe by the time she got there and just two days later she received some unbearable news.

"I saw my OB pacing outside my door, just those words and knowing my husband was on his way and my OB aside of him I knew the baby had passed," said Ornelas.

After Ornelas lost her unborn son, she was flown to Stanford Medical Center where she says she was in and out of consciousness for five days, and it is there where she found out she was diagnosed with giant cell myocarditis, a rare cardiovascular disease.

"Machines doing the work of my heart and lungs, pumping blood outside my body so that my heart didn't have to work so hard and they still had to get all the fluid out from my lungs."

Ornelas says the diagnosis means her heart is deteriorating and doctors believe its connected to an autoimmune disease but they are not sure how. She says her doctor at Stanford has been practicing there since 1982 and she is only his third patient to receive the prognosis.

"I'm going from an active busy 29-year-old life to sedentary and it just all depends on the day and how I'm feeling."

And on Friday she received news her kidneys are failing. She says it could be a side effect of her heart medication, or her heart could be worsening faster than they thought.

But Ornelas is tackling one obstacle at a time and staying positive aside from her fears.