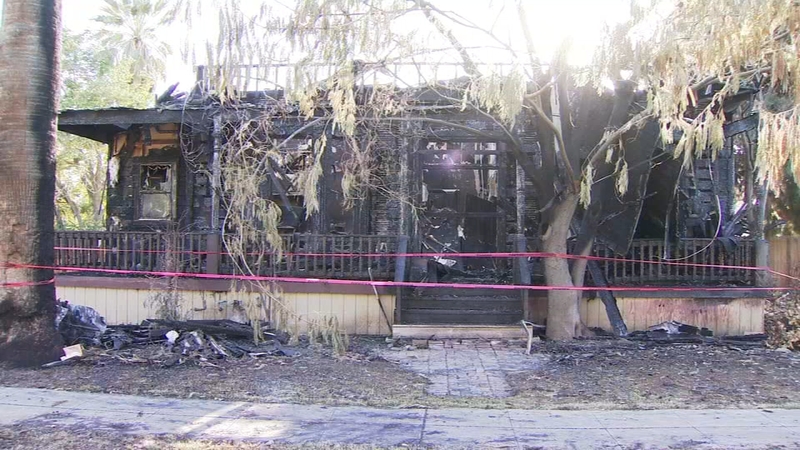 FRESNO, Calif. (KFSN) -- A 130-year-old Central Fresno home stood the test of time, until last week when the John Hewitt Home was destroyed by a fire.

Forty firefighters fought the flames Thursday in attempts to protect the piece of Fresno history.

The boarded-up, vacant home was a property on the local register of historic resources. The Hewitt Home was built in 1891 by a Fresno farmer.

Kevin Enns-Rempel with HistoricFresno.org says it's hard to find homes older than the one that once stood on the corner of Illinois and Diana St.

"Given how many buildings like the Hewitt home we have torn down over the years to make room for the new and shiny things, makes it even more crucial that we try our best to not lose the few that are left.," said Enns-Rempel.

"Construction methods were different at that time. Some of the things that we see are types of construction called balloon frames," said Brown. "There's no real fire stops in between the floors."

It's not the first time the area has seen historic properties destroyed. Last June, two houses in downtown's Armenian Town, built in the early 1900s, were left in shambles after a devastating fire.

Fresno Fire investigators discovered homeless people were responsible, which Brown says, could be the cause behind the fire at the Hewitt home.

"The homeless involved fires are up 102% from the same date last year," said Brown.

As weather heats up, the department expects city fires will continue to ramp up.

"With the weather changing and getting ready to get hotter, the belief is it's only going to get worse," he said.