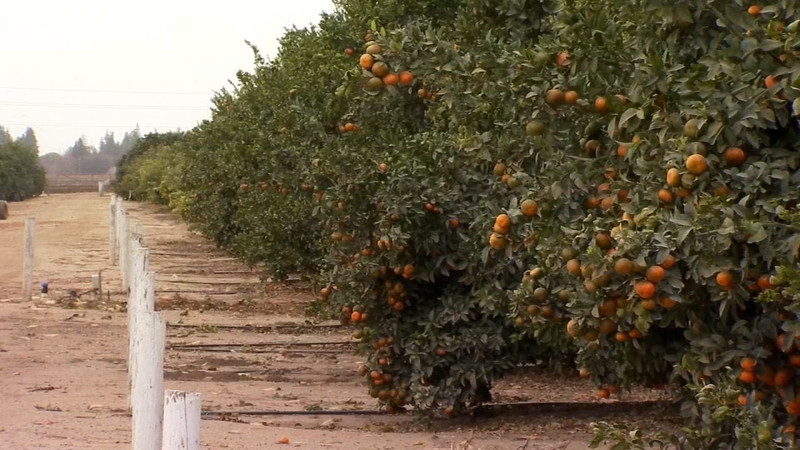 FRESNO, Calif. (KFSN) -- Growers in the middle of harvest were in a race against time with a storm moving into the Central Valley.

Crews were harvesting olives before the skies opened up over the orchard. Once that happens, the harvest can't resume until the ground dries.

Dropping temperatures were also a concern for olive growers.

"It's kind of a dance that we do with the cold every year. You get too hard of a frost and you do get some frost damage on the fruit," said Rolland Rosenthal with San Joaquin Valley Harvesting. "Usually when you have a big mature tree it can self-insulate."

Rosenthal said the cold helps raise oil levels in an olive, which serves as a kind of anti-freeze.

The rain can make a mess, though.

"When you harvest those olives and it's wet, the leaves tend to stick to them so you get a lot of "Moo," materials other than olives. Yeah, that's what it's called," said Robert Willmott, manager of Fresno State Farm.

Some citrus growers have started to run their wind machines to raise the overnight temperature in their orchards. California Citrus Mutual said it costs growers over $22 an hour to run them.

Farmers also irrigate when it's extremely cold because the water released helps create a micro-climate since the water is warmer than the temperature outside.

Rows of mandarins have also been treated.

"In preparation for the cold weather, we have ordered the anti-stress 550, which is a polymer that we coat on the fruit to give it a few degrees of protection against the cold," Willmott said.